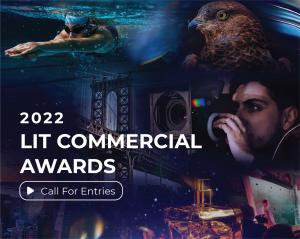 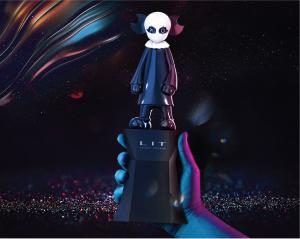 The LIT Commercial Awards caters to all production companies, advertising and public relations firms, agencies, production crews, and independent producers whom created impactful and resonating commercial projects, from both local and international. They are all invited to showcase their best commercial video and television productions, across different industries, addressing various perspectives, stories, and subjects.

Within this award itself, LIT Awards has included 18 categories, under 7 classifications, which include: Video/Web Based Productions, Commercial & Marketing, Marketing/Advertising Campaigns, Virtual Events, TikTok Videos, Influencers, Gaming Video, Series or Campaign, People & Team, COVID-19 Related, and Rising Star, amongst many other categories.

For more information regarding the categories, do visit the LIT Awards’ Category page at: https://thelitawards.com/category.php

2022 Awards’ Competition Dates
This year’s competition will extend across four entry periods, which encompasses the: Early Bird, Regular, Final, and Final Extension periods. LIT Commercial Awards will be accepting entries, starting from November 23, 2021 till March 17, 2022, with results to be announced on May 31, 2022. The breakdown of the competition dates, include:

Accessibility will be a core principle for LIT Commercial Awards’ operations. This award encompasses simple online submission processes, with fundamental uploading of videos and project descriptions, as well as affordable rates of $120 and $170, for single and series submissions, respectively.

Submissions will be judged by experienced professionals, all of whom are leading professionals from top advertising and production companies, networks, and content studios. Winners will have an opportunity to be crowned Platinum or Gold winners, within the awards. Symbolizing the pinnacle of the award winning levels, LITO, the awards’ statuette, in all its glory, helps these concepts achieve exponential exposure, eventually reaching international eminence.