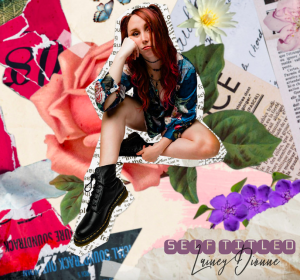 Lainey Dionne is an indie pop singer/songwriter from a small town you’ve probably never heard of. A millennial musician that writes “the sort of music that immediately makes you forget that you left a burning oven on” (Verge), her songs paint a picture of the playlist you steal from your trendy friend. Dionne says, “I chose ‘Self Titled’ as the name for my album because I am not defined by my exes, they do not represent my name, but they did shape me into the person I am today through the good and the bad- and now that I’ve come out the other side, I feel entitled to myself again”.