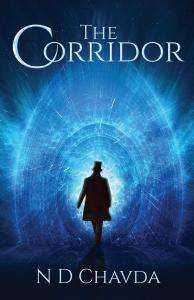 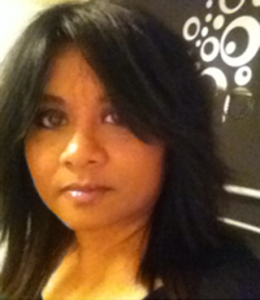 N.D. Chavda invites readers to peer through "The Corridor" of space-time

LONDON, UNITED KINGDOM, November 8, 2021 /EINPresswire.com/ — Time travel has always been a fascinating concept in science fiction, explored by H.G. Wells in "The Time Machine," and more modern works such as various Star Trek episodes and films, action blockbusters like The Terminator series, and dystopian works like 12 Monkeys. Author and scientist N.D. Chavda has contemplated upon the idea even before The Terminator came out, and now Chavda has penned a riveting novel, "The Corridor," following a prescient man who foresees terrible disasters but discovers the titular pathway through space-time that gives him a chance to prevent a great catastrophe from coming to pass.

Chavda's novel follows Anthony Frenkel, an aviation crash expert with a peculiar gift that allows him to foresee the future. In his youth he learned to control and repress it, except for when tragedy was about to strike, when he could do nothing to block the powerful sensation from revealing the painful moments awaiting him. He could not stop himself from sensing the death of his father hours before it would occur, or his wife's miscarriage. Yet despite these premonitions, he had no way of acting upon his knowledge of future events… until his ability leads him to another supernatural phenomenon: a time portal. With this, Frenkel can finally act upon the knowledge given to him by his premonitions and prevent disasters from occurring in the very first place. This chain of events puts Frenkel in a position where he can potentially prevent a calamity of unimaginable scale: the birth of a dictatorship that will subdue the western world and plunge it into a reign of fear and mass genocide.

With “The Corridor,” Chavda explores how with knowledge and power comes responsibility, for the ability to prevent tragedies means one cannot simply allow these events to transpire. This is what Chavda describes as the curse of foresight. All in all, “The Corridor” is a rousing addition to the sci-fi genre, exploring high concepts from the poignant perspective of its protagonist.

About the Author
Inspired by Mary Shelley's "Frankenstein," N.D. Chavda pursued a career in science and became a career scientist. In 1988, she set up an HIV test at Middlesex Hospital, and came to specialize in the diagnosis and prognosis of haematological malignancies. She has helped plan and develop a state of the art laboratory at Health Service Laboratories. Currently, Chavda is working as an Operational Manager of a COVID-19 testing lab.