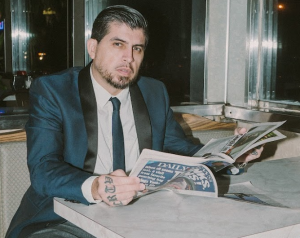 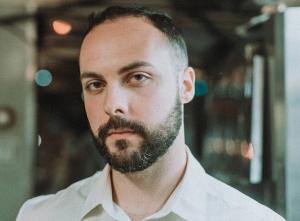 NEWARK, NEW JERSEY, USA, November 2, 2021 /EINPresswire.com/ — The 1960’s was a decade filled with turbulence and change. As a child growing up in Newark during this time Nick Dessipris saw a city divided by racial tensions and strife. Raised by a Greek father and Puerto Rican mother – Nick experienced this divide intimately. Nick dearly loved his father, Dimitri, and admired with wonder the world he navigated at his restaurant, City Diner. There, eight year-old Nick would see the many patrons of different races enjoying their meals but not each other due to their deeply held bigotry. Then there was the dark underbelly of the diner. Mobsters who ruthlessly controlled the city's gambling and drugs, used the diner as a front. Dimitri was well aware of the tangled web he and young Nick were about to be ensnared in, but his focus was on keeping his business alive no matter the cost. As the city of Newark erupted in race riots that long hot summer of 1967, the innocence of youth was lost as Nick Dessipris was forever changed.

Dessipris is bringing this tragic coming of age story to television in the series, “Nicky Newark”. The upcoming drama will center around four characters. The naive but fearless eight year-old Nick. Dimitri, a businessman first and father second. The wise old cook, Lloyd, an African American WWII veteran who is Dimitri’s only trusted friend. Then there’s Cookie, a callous mobster who operates via the diner.

This is a cautionary, but ultimately inspiring narrative – that beckons the viewer to value family before business.

Nick has brought on the Award Winning and Critically Acclaimed Film Director HEZUES R (of Asian Mob and Suicide Saint) to helm the project. HR, who is also the founder of S.I.C. (Social Impact Content) Film School, had this to say about the upcoming Nicky Newark project, “We have an opportunity to see an unforgiving reality through the innocence of a child’s eyes-as his father attempts to justify his exploits. I want to paint a picture of pain that takes us deeper into the soul of violence, to give us a better understanding of how little Nicky overcame the challenges of his environment.” Whether it’s Sean P Diddy Combs, Russell Simmons or Mona Scott-Young, Hezues R is sought out by many in the industry, as a high-level creative force behind many major brands, shows, productions and products.

Nick tapped the multi-talented Rhyan St. Clair as a producer and to develop the screenplay for “Nicky Newark”. Rhyan co-founded Little King Studios, a disabled-veteran owned film production company. He has worked on numerous projects to include writing pilot scripts and short films, as well as music videos. St. Clair most recently performed in the award-winning film “Shots Fired” which was featured in high profile news sources such as “The Source” and “Hip Hop Wired”.

Casting and production of “Nicky Newark” is to follow in 2022. The TV series will be filmed entirely in Newark.