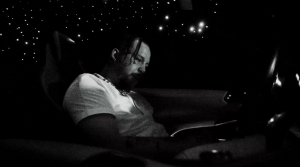 Muhlatto is set to make a statement with his latest single, "Who You Are."

LOS ANGELES, CA, UNITED STATES, October 29, 2021 /EINPresswire.com/ — Rapper Muhlatto is the epitome of smooth in his latest track, "Who You Are." Joining forces with Segi from OTC, the track lyrics tell the story of a mysterious connection that has ended and his plan to shoot and aim for the stars instead of seeking revenge or causing the other pain.

Mysterious yet positive, Muhlatto flirts with danger using hypnotic and magnetic melodies that are sure to grab listeners' attention. Known for his versatile style and raw lyrics, "Who You Are" brings new meaning to the end with verses that move like a chess match.

Not to be confused with the female artist Latto, Muhlatto made his first big splash in the music scene in 2015. He brought his own originality and style to the music scene and created an innovative sound like no other. Backed by a video directed and filmed by the Manzano Bros, the collaboration brings clever cinematography to the catchy melody and lyrics.

Muhlatto hails from Seattle, Washington. He started rapping and recording his first songs in 2015. Since then, he has been to New York City with West Coast rapper Glasses Malone visiting major radio stations such as The Breakfast Club with DJ Envy, Angela Lee, and Charlamagne Tha God and released several tracks and music videos. He took a break from his solo music to have his daughter and help other up-and-coming Seattle-based artists. He has since returned in full force and can't wait to drop his best body of irresistible work this fall and winter.