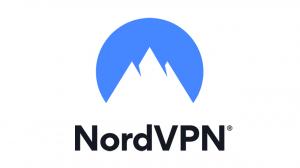 NordVPN offers much of everything

How NordVPN solved the dilemma between Internet speed and security

BARCELONA, CATALONA, SPAIN, October 28, 2021 /EINPresswire.com/ — This year NordVPN released NordLynx, a proprietary customization of WireGard tunneling protocol. Up until this release users could expect to see a drop of 50% or more of their internet connection under VPN tunneling. Nordlynx has solved this issue by offering a connection that has lightning speed and the average drop is now less than 10% (this may vary depending on the location of the server one is trying to reach). Not only is NordLynx faster, but it is also more secure.

Linus Torvalds, the founder of Linux, made the same observation with regard to the cryptographical choices made in the deployment of WireGuard for his operating system in 2019.

But WireGard had a flaw that prevented it to be implemented industry-wide : it is assigning to users static IP addresses. This means that for every new connection, users are keeping the same IP address. In order to be able to do so, WireGard had to store users’ actual IP on the VPN server, which represents an obvious privacy risk if the server is compromised or hacked.

NordLynx solved this issue by giving users randomized IP addresses at every connection without having to store personally identifiable information on their server thanks to double NAT use (Network Address Translation) and a strict zero logs policy.

Being headquartered in Panama, a country that has no data sharing agreement, Nordlynx has no obligation to release your information, or your real location on the web to any other country. If it were located in a country that was a member either of the Five Eyes Intelligence alliance (US, UK, Canada, Australia, New Zealand) or Fourteen Eyes alliance (5 eyes + France, Denmark, Holland, Germany, Norway, Belgium, Spain, Sweden, Italy) the anonymity of your connections could be compromised.

Features and benefits of NordVPN’s NordLynx include.

NordLynx is available for all NordVPN customers with the best prices on 1 and 2 years plans. For more information visit NordVPN page : https://go.nordvpn.net/SH3iB