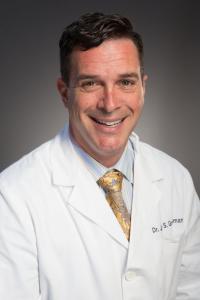 “We're honored to include Jay Grossman, Founder of Homeless Not Toothless into our BoLAA family.” ~Aurora DeRose

The "Best of Los Angeles Award" community was formed six years ago and consists of over 7,600 professional members living and working in Southern California. It celebrates the best people, places, and things in Los Angeles with the slogan "No Ads. No B.S. Only the Best."

"The mission of the community is to celebrate the best of Los Angeles and allow its community members to connect with other members who share the highest standards of quality and integrity," expresses DeRose. "We're honored to include Jay Grossman, Founder of Homeless Not Toothless, into our L.A Charity Hero list."

In 1992, Jay Grossman started his own non-profit, Homeless Not Toothless. The mission of this incredible program is to provide dental services to the poor or people with disabilities. The program has provided more than $7.7 million in assistance to over 102,000 patients! Today, Homeless Not Toothless has had an undeniable and truly influential impact on society.

With nearly 30 years of experience providing clinical dental services, it's evident that Grossman has excellent experience in the field. This well-established charity offers help to individuals with disabilities and the poor. In 1992, Within seven months of handing out that first business card, he had performed more than 100 procedures on the homeless free of charge! "Patients have included an elderly ex-convict who had no teeth and had had to survive on a liquid diet for 40 years; a 5-year-old whose teeth were so blackened by decay that he had been ridiculed at school; foster kids whose teeth were often filled with rot and decay due to neglect; and John, a 50-year-old who had spiraled into homelessness as a result of a methamphetamine addiction, losing his construction business and his family in the process."

Grossman states, "My goal is to expand Homeless Not Toothless nationwide. This is my way of giving back to my community and doing what I can in helping to repair the world."

Homeless Not Toothless has proudly won a vast amount of awards, such as the award for Exemplary Volunteer Service by the CDA Foundation and recognition from First Lady Michelle Obama, the U.S. Navy Department of Defense, and many others more.