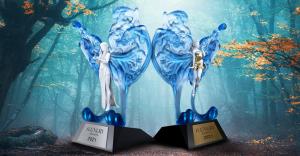 At its core, this award caters to luxury brands, products, services, as well as other relevant international advocates, whereby IAA hopes to celebrate, honor, and recognize both established and aspiring luxurious brands, whom transcend the barriers of segregation through various iLuxury Categories, which include: Luxury Brands, Luxury Design, Luxury Real Estate & Property, Luxury Fashion & Products, Luxury Transportation, Luxury Travel, Luxury Accommodation, etc. “As human beings, our adoration and fondness for luxurious goods and services has been long running since the dawn of time,” said Kenjo Ong, CEO of IAA. “Therefore, through this award, we aim to provide luxurious brands, products, and services with a virtuous certification for their invaluable concepts and innovations.”

For the duration of the first cycle, we received a multitude of distinguished nominations, originating from 35 countries worldwide, including but not limited to: Canada, France, Greece, Italy, Portugal, Singapore, South Africa, Thailand, United Kingdom, and United States. Throughout our first cycle, 1,282 luxury brands, products, and services from several industries were nominated. However, only 114 nominations, the crème de la crème, emerged triumphant.

“We were astonished, and also ecstatic, to be able to acknowledge the multitude of phenomenal entries, this cycle,” Kenjo remarked. “Thus, I’m doubly elated as we proceed onto the following cycle, in hopes that these luxury brands continuously impress us with spectacular and sumptuous concepts and innovations.”

The 2021 iLuxury Awards is currently calling for entries, for the subsequent cycles, with FREE nominations. Bring Forth Everlasting Opulence via your brands today.