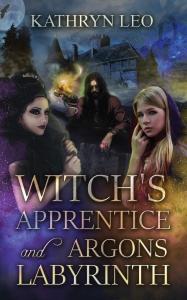 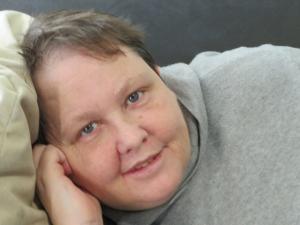 CANBERRA , AUSTRALIA, August 5, 2021 /EINPresswire.com/ — Witchcraft is on the rise, with the "Harry Potter" series opening the floodgates for popular interest in mysticism and the occult, and it has not slowed down. From "Chilling Adventures of Sabrina" to "Doctor Strange" and "WandaVision," in popular culture sorcery is supreme and witchcraft has gone worldwide. Australian author Kathryn Leo has entered the fray of fantasy fiction with her own young adult novels, “Witch's Apprentice,” and the second installment of the saga, “Witch's Apprentice and Argon's Labyrinth.”

In the first installment, “Witch’s Apprentice,” a teenage girl named Bethany Hardings starts her first forays into witchcraft. She goes into witch school and learns to practice their mystical ways, and there she discovers that she has the potential to be incredibly powerful – perhaps the mightiest of all the witches. At the same time, her village is endangered by a king under the thrall of a warlock with insatiable aspirations. Bethany must pass the challenges before her and gain the power she needs to meet the power-hungry warlock and thwart his designs.

"Argon's Labyrinth" unfolds some time later and follows Bethany Harding's daughter, Jess Hardings, a teenager on a mission to stop the titular warlock who has even greater ambitions. This time, it is more than just a village that’s endangered, for Argon aims to rule the world. With the stakes higher than ever Jess must face an even more dangerous challenge: a lethal labyrinth that hides a mystic who has the key to stopping Argon.

With Leo’s novels, readers will delve into the world of mysticism and occult while following strong female protagonists facing seemingly insurmountable odds. They portray the teenagers’ coming of age, the emergence of their incredible talents, and the empowerment they gain from mastering their abilities and utilizing it to help their people. Across the two novels, readers will also follow a teenage heroine as she grows up to be a woman and a mother whose daughter then takes up the baton – or magic wand, rather. Audiences interested in witchcraft as well as young adult fiction, fantasy and adventure will definitely find “Witch’s Apprentice” and “Argon’s Labyrinth” to be engaging reading experiences.

About the Author
Kathryn Leo is an author and photographer. She has been writing for six years. She is studying for a bachelor's degree of writing at the University of Canberra. She has been featured at Book Talk at the Gungahlin Library in Canberra, Australia.