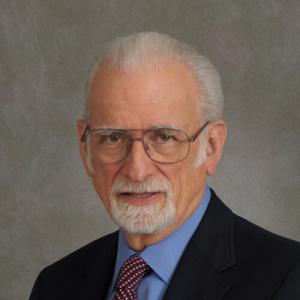 Having grown up in a left-wing household, Steven Jonas has been progressive in his politics and critical of Republicans administrations since he was very young.

But nothing had unnerved him as when Donald Trump descended his golden elevator and announced he would be running for President.

“I had written my first column on Trump and racism in 2011 when he was a Birther, questioning President Obama’s legitimacy,” recalls Jonas. “When he announced his candidacy, you could sense he intended to run on racism, and he would also use racism as the basis for policy making and implementation.”

Now 84, Jonas writes columns devoted to his lifelong interest in politics, primarily as a contributor for OpEdNews.com, BuzzFlash.com, and Reader Supported News.com/Writing for Godot. An archive of all of Jonas’s political columns published since 2004 can be found on his website www.stevenjonaspolitics.com.

“Under the leadership of Trump, the Republican Party is steadily moving in the direction of establishing what I (and of course many others) have termed ‘21st Century Functional Fascism,’” says Jonas. “The right wing has decided that the only way that they can stay in power is through willful misinformation and suppressing the vote.”

“He's always had a protector or an enabler, but he thrives on having enemies,” says Jonas. “The Art of the Deal was always about crushing his opponents.”

Jonas’s most recent book is The 15% Solution: How the Republican Religious Right Took Control of the U.S., 1981-2022: A Futuristic Novel. Originally published in 1996, the book offers warnings about what could happen if the Christian Right allied with the Republican Party.

“Until recently, Presidents accepted the norms of how constitutional democracy ought to be conducted,” says Jonas. “From the corruption of the Department of Justice to family separation to the violent clearing of peaceful protestors in Lafayette Square and the Insurrection of January 6, Trump didn’t just break norms; he abandoned good faith. It’s an American Tragedy.”

Listen to the show on BlogTalkRadio

The 15% Solution: How the Republican Religious Right Took Control of the U.S., 1981-2022: A Futuristic Novel is available on Amazon