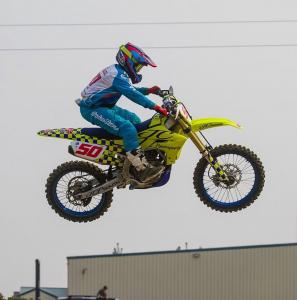 Wyatt Hasil jumped to another impressive win in his debut race in the big bike class at the AMC Alberta Mx Championship series in Brooks Ab Canada. 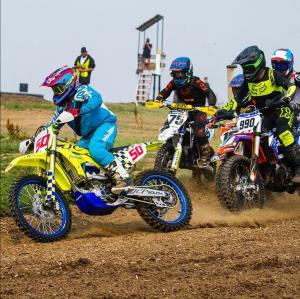 Wyatt led the pack into the first corner earning himself a cool 2000 $XVG from Fueled by Verge Hole Shot Awards.

It’s so cool to see Fueled by Verge support grassroots motocross. It’s an honour to join the movement to grow with Verge and see where the journey takes Wyatt as a Fueled By Verge Athlete.”
— Troy Hasil, Father to Wyatt Hasil

Fueled by Verge(FbV), a Foundation that commits to digital currency adoption by educating and spreading awareness of blockchain technology and Verge Currency, through community athletes, has signed Wyatt Hasil from Langdon Alberta Canada. A Young 13 Year old Motocross racer who has been moving up the amateur ranks fast.

Wyatt was born July 1, 2008, sharing the same birthday with Canada and is now 13 years old. Wyatt continues to ride and race at a level beyond his age and competes at a very high level racing older competition on larger bikes is a regular thing. Wyatt has been riding motorcycles since he was 3 years old and has been racing competitively since 2014. He won his first Alberta provincial series race he entered. Wyatt loves riding and racing with his moto buddies at the track and has made many lifelong motocross friends across North America in his travels. Wyatt looks up to several older motocross riders and ensures he is a strong role model for younger riders by watching and encouraging them to be their best and just have fun riding motorcycles. Wyatt does a great job in school and has been very helpful teaching his seven year old little brother to ride. In 2020, Direct Motocross worte an ‘On the Radar’ article Presented by Husqvarna Motorcycles Canada as they took notice of Wyatt’s results.

Wyatt has recently been picked up by JC Powersports South | Honda® | Yamaha® Dealer | Calgary AB who are starting to make an impact with the Moto Community here in Calgary AB. Not only getting a ride, also joining Wyatt is Troy Lee Designs Official – Moto, MTB, Helmets, Gear and Protection with gear sponsorship support.

Winning an impressive 11 Alberta Provincial Championships doesn’t come easy, though Wyatt made it look easy with an impressive winning resume full of 1-1-1-1-1

With a resume full of racing history from the young age of 5 , Wyatt is starting to make waves in the motocross community and with his winning attitude on and off the track is exactly what Fueled By Verge is looking for. We are not only paying attention to professional athletes but we are following young amateur athletes who are dedicated to their respective sport. We want to support them now and in the future as they move up the ranks. The young generation is fast advancing and are the generation that will understand Digital Currency and help push awareness for Verge Currency.

Wyatt will not only learn about Blockchain Technology (Verge Currency) but he will now be part of this generational movement and join Danny Robertson under the Motocross umbrella with our athletes and have a whole new community following him which is 1 million strong. This type of exposure will boost his presence to the one of biggest communities in the crypto world, the #VergeFam!

Troy Hasil, Father to Wyatt, comments “It’s so cool to see Fueled by Verge support our grassroots motocross right here in our backyard in Alberta Canada. It’s an honour to join the movement to grow with Verge and see where the journey takes Wyatt as a Fueled By Verge Athlete”

Derek Robertson, Co-Founder, Fueled by Verge says “Bringing on Wyatt is exactly what our vision is with #JoinTheMovement. We are attracting young generational athletes who are grasping our vision. Having young talented athletes joining Fueled by Verge will help grow our vision. There is a long list of really fast up and coming Motocross racers right here in Canada. I believe we will see future stars out of the prairie province. The Grass roots of the FbV Movement started here in Alberta Canada. So it’s a win-win for both sides, the FbV Movement and the young talented racers right here in Alberta!”

Welcome to the team Wyatt!

About Fueled by Verge (FbV)
Fueled by Verge was started by Danny Robertson, Derek Robertson, and Mark Wittenberg, in 2018. At 9 years old, Danny wanted to bring awareness and usability to his peers in the motocross world. It has since become a worldwide movement, and foundation, to support athletes and bring awareness to their respective talents. At the same time, utilizing the Verge Currency blockchain and Currency community to further the awareness.Our mission is to build awareness of Verge Currency, as we harness the power of Bitcoin in a way that combines the speed of digital payments, but with the privacy of paying in cash.

For more information about Fueled by Verge, visit https://vergecurrency.com/fueled-by-verge/