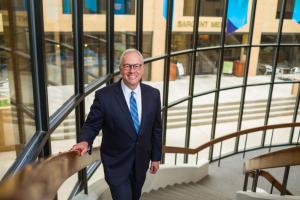 Bob Jones University was unanimously approved as a member of the South Carolina Independent Colleges and Universities by the Board of Trustees Tuesday, July 21.

GREENVILLE , SOUTH CAROLINA , UNITED STATES , July 21, 2021 /EINPresswire.com/ — Bob Jones University was unanimously approved as a member of the South Carolina Independent Colleges and Universities (SCICU) by the Board of Trustees Tuesday, July 21, 2021. The SCICU board includes the presidents of the 20 member institutions and up to 42 at-large members who are community and business leaders.

On March 15, SCICU officials conducted a BJU site visit and interacted with University leadership during the application process. During a presentation to the SCICU board, BJU President Steve Pettit presented his vision for the University which includes expanding academic offerings and becoming a full member of the National Collegiate Athletic Association (NCAA) Division III.

“We wanted to ensure we would be a good fit for one another,” said SCICU Board of Trustees Chair Jerry Cheatham. “During my time on campus, I was impressed by the diversity and enthusiasm of the students I met and the commitment expressed by President Pettit and his leadership team to move the university forward in meeting the needs of their students.”

To be considered for membership, institutions must be headquartered in South Carolina. Other criteria stipulate members be two to four-year colleges or universities with a primary emphasis on the liberal arts, accredited by the Southern Association of Colleges and Schools Commission on Colleges (SACSCOC) and a not-for-profit institution. BJU received SACSCOC regional accreditation in June 2017. Additionally, BJU holds national accreditation through the Transnational Association of Christian Colleges and Schools (TRACS).

As a SCICU member, Bob Jones University joins 20 other higher education institutions across South Carolina, with an array of missions, including those that are secular, faith-based and religious-affiliated, as well as five private historically Black colleges and universities in South Carolina.

“We continuously strive to strengthen our partnerships within the South Carolina higher education community. By joining this influential organization, we will be able to more effectively work to promote and expand access to tuition grants, collaborate on legislative issues that affect our institutions and share best practices,” said BJU President Steve Pettit. “We believe SCICU membership will benefit BJU and that SCICU will benefit from BJU.”