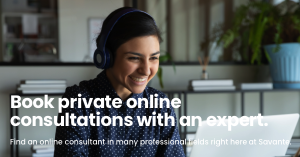 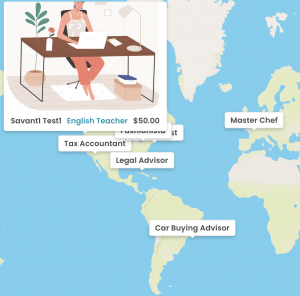 Savante is an innovative platform that aims to support professionals from different disciplines to offer specialized consultation services remotely.

US, July 19, 2021 /EINPresswire.com/ — Khai Duong is the founder and CEO of Savante – an online platform that has been described by some as the emerging ‘Amazon of consulting services’.

The company’s nickname stems from its potential as a prolific online consulting marketplace. Savante, in Duong’s vision, will be a community of specialized professionals where people from all over the world can easily search for consultants, book appointments, then receive expert advice via private online sessions. The Savante platform is the backbone to facilitate these interactions.

Duong is an engineer by training. Before giving up his full time position to pursue his five-year-old dream of starting up Savante, Duong worked in the sphere of IT and Infrastructure Engineering for nearly two decades, amassing knowledge and expertise along the way. He played a key role in designing the IT infrastructure of a variety of large businesses.

A recent interview revealed Duong’s family’s long tradition of public service and a propensity towards vocations which serve others. Their hardships of living through wartime and arduous journeys as refugees shape the person Duong is today. He is equipped with mental tenacity, a “can-do” attitude, and an entrepreneurial spirit.

Duong’s volunteer experience in Canada and Vietnam allowed him to observe the contrast between life in North America and Southeast Asia, which has played a crucial role in his personal development.

‘’Good people are the same, no matter where you go’’- Khai Duong, Founder and CEO of Savante.

As briefly mentioned above, Duong conceptualized Savante five years before launching it. The story of how that idea first came into his mind is fascinating.

Duong was born in the midst of the chaotic Vietnam war back in 1971, where he remembers hiding in bomb shelters, leaving Vietnam at the age of 8 as part of the “boat people” exodus, being hijacked on the high seas by pirates at knife point, and almost dying from malaria, before arriving as a refugee to North America.

To this day, he credits the malaria near-death experience as profoundly impacting his personal development and personality – due to the fact it allowed him to attain a deep appreciation for the value of life.

After over 10 years of volunteer work abroad, Duong decided to return home to North America and took on work as an IT consultant. His savings were, at the time, almost entirely diminished. The oil recession that followed in 2015, however, meant that he was left without work.

It was during this struggle that he ‘jotted down’ the idea of Savante – an open platform for online consulting, but he ended up not following up on his vision immediately as he had secured a position at a prominent healthcare company.

‘’But I would say that…. my best ideas are born from moments of crisis'’ said Duong in a recent interview, a fact which is rather unsurprising given his aforementioned past.

In early 2020, the unprecedented global impact of the pandemic lockdowns and restrictive measures – as well as the economic repercussions that followed, motivated Duong to develop Savante further, turning it into reality.

The time for such a platform seemed perfect, as it could bridge the gap of social distancing and serve as a gateway to the new normal where remote engagement is gaining in popularity and become the norm in certain circumstances.

Nowadays, when a client is interested in scheduling an appointment with a specific professional consultant, Savante’s software provides an automatic Zoom meeting link that is sent to both parties via their email – significantly facilitating a process that, in the past, was complicated.

The service also enables both parties to leave a review for each other following the completion of the consultation session (similarly to Fiverr), which serves as an incentive for both parties to ensure that their interaction is of high quality and remains highly professional and respectful at all times.

Duong is joined on his new journey with Savante by two trusted advisors:

His sister, Dr. Cathy Duong, brings over 20 years of health care experience. She dedicated 10 years in the front line and management settings in diversified specialties such as hematology/oncology, emergency, critical care and cardiac intensive care. In addition, she has over 10 years tenure with a US-based multinational pharmaceutical company where she is currently serving as a Director. Dr. Duong is known for bringing creative solutions to complex issues and has led multiple initiatives to gain better outcomes for the healthcare system and patients.

More About Savante
Currently, Savante.me is welcoming consultants from over 40 different countries – including the United States, the UK, Australia, and the majority of countries within the EU.

Savante is currently looking for professional experts to become ‘savants’ in a plethora of different disciplines. These include: Health, Law, Technology, Fitness, Finance, Education, Personal Coaching, Home, and Lifestyle. All freelancers set their own schedules and hourly rate.

The company requires its consultants to have a high degree of business etiquette, and that they can regularly and consistently deliver one-on-one sessions while remaining professional, polite and positive.

The consultants will have a ‘profound influence’ on most clients; thus, ensuring that the clients’ interests are the number one priority at all times is crucial.