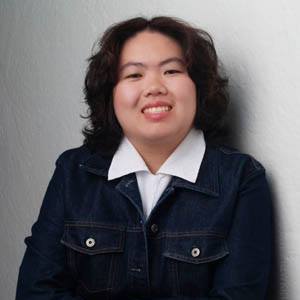 Grace Wan is director of the new movie “Done”

Done has combined creative elements to keep the viewers on tenterhooks. The story is also written with a unique plot twist that builds up the relevant themes in the movie.”
— Grace Wan

EDMONTON, ALBERTA, CANADA, July 19, 2021 /EINPresswire.com/ — Multi-talented Canadian Director Grace Wan (https://wangrace.wixsite.com/gracewan) has conjured up a cinematic journey that takes a look at the world, the flesh, and the devil with fresh eyes and an open mind. The film is titled “Done” and features William Cloud, who also wrote the script.

Wan says the film was crafted with a wide audience in mind, but from a Christian perspective in particular. For more information, visit https://www.imdb.com/title/tt5360188/?ref_=ttpl_pl_tt.

“The story revolves around the quest for humanity to do good on earth but the devil gets in between, often destroying man’s vision,” she explained.

Much like “Pilgrim’s Progress” by John Bunyan, “Done” follows the adventures of an everyday Christian. The new convert, James, who is fresh out of prison where he spent three years, learns that because Christians are the salt and light of the earth, they are sometimes put into dark places and expected to shine—but there’s a disturbing layer of ambiguity mixed with complexity in his mission:

“Is this a calling from the Lord or a deception from Lucifer?”

Grace Wan, the director, previously worked as a production assistant on the independent film “Blood Work.” Here’s what she says about her latest effort:

“Done has combined creative elements to keep the viewers on tenterhooks,” adding that, “The story is also written with a unique plot twist that builds up the relevant themes in the movie.”

In addition to directing “Done,” the Canadian-born producer has worked as a writer, musician, singer, and actress. Her first acting job was on a student film titled “Shampoolzed.” In 2006, she participated in two popular TV singing competition shows: Canadian Idol and Rock Star.

Wan has the following advice for those who are just starting their career:

“Don’t give up on your dreams, if at first, you are unsuccessful,” she said. “Try everything, and do something different to make you happy and successful.

“If you’re in a band, don't limit yourself to one instrument—try singing, writing songs, playing piano, guitar, bass, drums. Show your abilities and talents to everyone. Try everything, and that will lead you to become more successful than engaging in one occupation.”

Throughout her life, Wan has followed her own advice: She took acting classes at the Westcoast Actors Studio, Moonstone Theatre, Vancouver Academy of Dramatic Arts, and Granville Actors Studio. Then she took the Film and Digital Arts program at the Pacific Audio Visual Institute. She received the award from the school for “Most Hard Working Student.”

In addition, she has played roles in more than 35 films, including “Acts of Vengeance,” with Antonio Banderas.

For more information about Grace Wan and her various artistic adventures, visit https://wangrace.wixsite.com/gracewan.

ABOUT: “Done” is a new film about a Christian who is facing challenges in the world. It’s directed by Grace Wan and written by William Cloud. For details about the movie, go to https://www.imdb.com/title/tt5360188/?ref_=ttpl_pl_tt.

In addition to directing “Done,” the Canadian-born producer has worked as a writer, musician, singer, and actress.