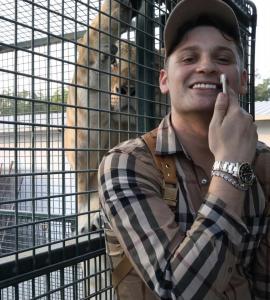 American entrepreneur, and entertainment Industry innovator Possible Philly, is finally getting credit for his jaw-dropping contributions.

BEVERLY HILLS, CA, USA, July 17, 2021 /EINPresswire.com/ — Who is Possible Philly? While you may have heard his name before, you probably aren't aware of all the extraordinary accomplishments and contributions that he has made. You probably have seen him on Vine, Instagram, or even featured on the cult classic Soulja Boy song "Tom Brady". However many of Phills most legendary accomplishments have gone unrecognized.

While the story is shrouded in secrecy, what we can say is that according to official sources, the new expose will be highlighting such things as: Philly Possibles involvement with superstar "Soulja Boy", and the genius merchandising ideas that came directly from the mind of Philly Possible, as well as highlighting him as one of the originators of the 'drop crotch' jeans (worn by Justin Bieber, and many other celebrities), as well as other things such as the journey, and being the first industry entrepreneur to film music videos in 4k.

While much remains to be uncovered in the upcoming article via Entrepreneur.com, We do know this: Philly Possible is an American entertainment entrepreneur, who is mostly known for his hilarious content on Vine and on other social media platforms. However Philly Possible has also been the innovative originator behind many modern-day social media strategies and entrepreneurial practices; combining business savvy-ness with creative genius. There is no release date for the entrepreneur.com article, but there will be one soon!