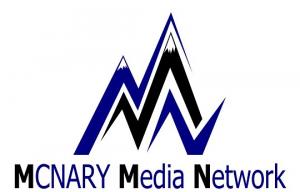 MMN was finally born to bridge the gap between the major and the minors to have equal access and exposure to audiences around the world”
— Loretta McNary, CEO

MEMPHIS, TN, UNITED STATES, July 16, 2021 /EINPresswire.com/ — It is a unique and different approach for online viewers and content creators in the United States and seven other countries. According to Indiewire there are more than 300 streaming services serving viewers worldwide, but one stands head and shoulders above the rest. McNary Media Network (MMN), brainchild of industry icon Loretta McNary is disrupting the streaming markets with a faith and family approach to television. The woman owned streaming service is positioning itself to be on par with juggernauts like Hulu and Netflix by serving a niche clientele of hungry viewers looking for an exceptional streaming experience. The purpose of MMN is “to engage inspire educate and entertain our audience to empower them to live their dreams.” The revolutionary viewing platform is available for download on IOS and Android phones and now found on Roku TV, Apple TV, Smart TV and Amazon Fire TV.

Tennessee based media mogul Loretta McNary says her mission is to “bring Memphis to the world and the world to Memphis.” And through her newly launched network she is doing just that. Memphis, known as the birthplace of Rock and Roll can now boast it is the birthplace of a global, woman owned media network reaching viewers from Sub Saharan Africa to Down Under. Fans know McNary for her groundbreaking talk show – the Loretta McNary show airing on ION television. Since 2006 Loretta interviewed countless A listers, thought leaders and influencers. A fixture at red carpet events and awards show, Loretta’s celebrity confabs range from timely voices in the TV, sports and faith arenas to business owners and community advocates. Now the persistent powerhouse is taking her syndicated talk show to the next level launching the MMN brand into the stratosphere.

After 3 long years of planning MMN launches this summer on July 22nd. Loretta is an industry trailblazer already making waves overseas where she boasts subscribers in 7 nations including the United Kingdom, Mexico, Venezuela Australia, India and Uganda. MMN has something for every viewer with 7 channels, each with a specific focus including lifestyle, sports, travel, cooking, hope/faith and inspiration, the Loretta McNary Show and movies and entertainment.

Loretta knows all too well the pitfalls and barriers for women of color in the media industry but never being one to let social barricades get in her way – the groundbreaking media mogul soon became a household name in Tennessee. Now after years of laying the groundwork she is uniquely positioned to open doors for like-minded creatives. Through MMN, McNary provides a much need platform for indie films and lesser-known artists to have a chance to share their work with a new audience. Loretta is bypassing the age-old gatekeepers in Hollywood by providing a way forward and a level playing field for artists with less financial backing or smaller budgets. “MMN was finally born to bridge the gap between the major and the minors to have equal access and exposure to audiences around the world” says McNary. The mom of 5 amazing sons adds, “Access and exposure is everything to every creative and dreamer including me and my sons.”

For more information about MMN or to interview Loretta contact her at Phone: (615) 567-3812 or loretta@lorettamcnary.com.