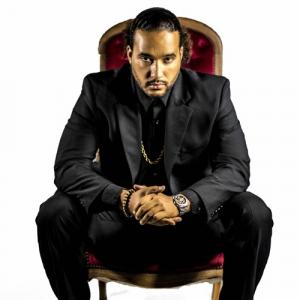 LOS ANGELES, CA, UNITED STATES, July 16, 2021 /EINPresswire.com/ — DMV rapper Santa Sallet is sparing no one from the unapologetic salvo of bars on his latest single, “Ghost”. Preceded by his previous hit “Just Another Tuesday” (watch the video here), Santa delivers a savage freestyle performance on “Ghost” that casts him as one of the most dangerous playboys on the scene. Both “Ghost” and “Just Another Tuesday” will be featured on Sallet’s upcoming mixtape, ‘Plutography’.

About Santa Sallet
Santa Sallet is a rapper, producer, and businessman based in Washington, DC. Nostalgic for hip-hop’s golden era and inspired by a worldly upbringing, Sallet’s sound is confident, versatile, and playful. Unified by a consistent flow and anecdotal lyrics, his self-produced mixtape, ‘Plutography’, is experimental and eclectic, blending salsa beats, southern trap, and eastern jazz with classic and conventional rap samples.

“Ghost” is out now on Spotify and all other major streaming platforms. For more on Santa Sallet, visit his website at SantaSallet.com.