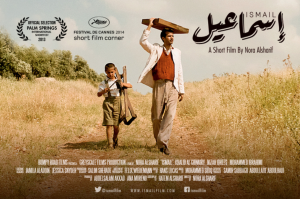 Nora Alsharif’s film portrays a day in the life of the famous Palestinian painter Ismail Shammout (1930-2006) as he and his brother struggle to escape imminent death when they enter a minefield in 1949.

The award-winning film was shown at several film festivals around the world.

To watch this film and other Arabic independent films visit www.istikana.com or download the Istikana app from the mobile and smart TV app stores.

About Istikana
Istikana is a Subscription Video On Demand Platform that brings the best Arabic independent cinema to the world. The platform showcases never-seen before independent films, documentaries, short films, hard to find classics, and more. Istikana is available on the web, mobile web, mobile devices, and Smart TVs. To learn more visit: www.istikana.com