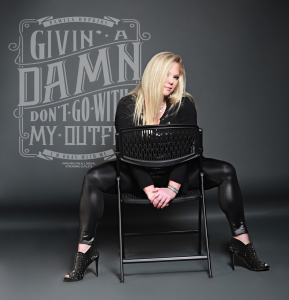 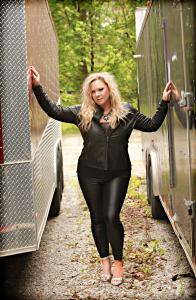 Arkansas native, Pamela Hopkins releases the video for "Givin' A Damn (Don't Go With My Outfit.)"

The weather was horrible, and there were tornado watches happening, and it had been storming for a few days before. So, people cancelled…we scooped some willing volunteers off the streets"”
— Pamela Hopkins

LITTLE ROCK, AR, USA, July 10, 2021 /EINPresswire.com/ — Fresh off the international chart-topping success of her previous single, "Little Things," Pamela Hopkins is using the momentum to win over the local country circuit with the video for her single, "Givin’ A Damn (Don’t Go With My Outfit)." This witty, satirical track, written by Hopkins, Dave Lenahan and Megan Leigh, poignantly pokes fun at the small-town gossip whispers and the assertion that Ms. Hopkins will not be troubled by this. An anthemic mantra of the feminine revolution, "Givin’ A Damn" is a feel-good track to boost esteem and self-acceptance. It is an empowering, inspirational outcry to sympathetic, appreciative people, sick of giving a damn what others think.

A native of Little Rock, Arkansas, Pamela Hopkins releases this video showcasing local concert venues; Of course nothing goes by without a hitch. After inviting 25 close friends to attend the video shoot, the weather turned and tornado watches were issued. Determined to complete on schedule, local volunteers were commissioned to stand-in:

Pamela explains, "We asked Rob Byford, permission to shoot at his place called The Library Kitchen + Lounge—it's one of the venues my band plays at regularly, so it was the perfect place. I had about 25 people scheduled to show up…but the weather was horrible and there were tornado watches happening and it had been storming for a few days before. So people cancelled because of the potential weather and several of my friends had gotten sick from the weather shifting (allergies). It's Arkansas so I totally understood because I was getting all stopped up too. So, we did what we had to do, and we scooped some willing volunteers off the streets of downtown Little Rock. Honestly, I think that worked out even better!"

Additional footage for the video was shot in and around Vilonia, Arkansas, where Pamela currently resides:

"We shot the other parts of the music video in Vilonia, AR, where I live, because I talk about small towns…and we are small town USA! My good friend, owner of Harwell's—Lori Harwell, volunteered her time and store. On a side note, if you like the leopard print boots in the video—I bought them at her store…several of the things I wear on stage I get from her store."

The video for "Givin' A Damn (Don't Go With My Outfit)" was produced by Pamela Hopkins and Angela Dunaway with Sharpe Dunaway Videography.

Check out Givin’ A Damn "(Don’t Go With My Outfit)" at https://www.youtube.com/watch?v=FUtg4WSFaDk

ABOUT PAMELA HOPKINS: Little Rock, Arkansas native, Pamela Hopkins, is a powerhouse singer, songwriter, and multi-instrumentalist. Her first Nashville album of all original music was released in February 1995. She returned to the studio to record her second album/EP project released in October 2018. 2 more singles were released in 2019.Pamela returned to the studio in the spring of 2020, in Franklin, TN, to record her next 4 singles with Off the Row Recording Studio as one of their “Break Out Artists.” She plans to release 6 singles in 2021. Pamela regularly performs in piano bars, Norwegian Cruise Ships and clubs across the US. She is a 2021 Arkansas Country Music Association Awards Nominee.