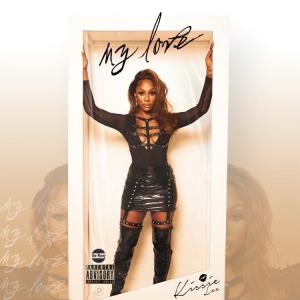 With the success of her singles "My Love" and "Sheesh" attaining over 2 million views on YouTube, Kissie believed it was time to release the full project. Her visuals for the singles debuted on BET Soul and MTV respectively. Her female empowered lyrics, fashion forward attire and catchy hooks amassed support from 30 different blog sites, including The Source The Source, Billboard Hip Hop and BET.com . Kissie has never lost her focus through the Pandemic and snagged a slot on the SXSW 2021 Digital Love stage. Her grind and her voice is unmatched. No matter what Kissie has on the horizon, she will be sure to keep you tuned in.

About Kissie Lee – Kissie Lee, the multi-talented R&B singer/songwriter from Atlanta, is making her mark in 2021. Originating from Denver, Colorado. Kissie Lee moving to Atlanta to pursue her career. Her success began when she performed on tour with KeKe Wyatt after being discovered by the Lady of Soul. Since then, Kissie Lee has written songs for Sammie, Tiny Harris, The OMG Girlz, Jacob Latimore, and R&B sensation Jacques.