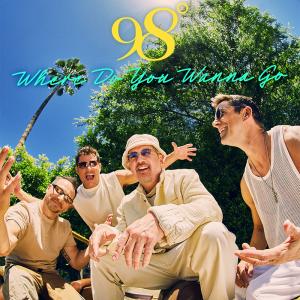 98 Degrees – “Where Do You Wanna Go” Single Cover 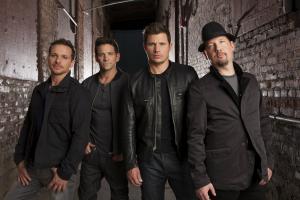 “98 Days of Summer” Is Officially a Heatwave

NEW YORK, NY, USA, July 1, 2021 /EINPresswire.com/ — International pop band 98 Degrees comprised of Jeff Timmons, brothers Nick and Drew Lachey, and Justin Jeffre are continuing to kick off the summer with more announcements, including the release of a brand new single titled, “Where Do You Wanna Go” alongside a premiere music video out on Friday, July 9th. This will be the group’s first newly released music video in eight years. The single and music video will be released under 98 INC / Johnny Wright Entertainment. “Where Do You Wanna Go” will impact Adult Top 40 Radio July 19th.

The vibrant catchy pop song captures the essence of 98 Degrees of Summer. The campaign, which launched last month, will feature 98 days of throwback photos, video clips, and unreleased music on the group’s social media channels, culminating in the release of a remix EP titled Summer of 98, with new songs and remixes of the group’s most popular hits including “Heat It Up,” “I Do (Cherish You),” “Invisible Man,” “Because of You,” “The Hardest Thing,” and even more fan favorites.

About 98 Degrees
Starting with its 1997 self-titled debut, 98 Degrees has sold over 12 million albums in the U.S., and 30 million records worldwide. This includes 3.6 million copies of its 1998 effort "98 Degrees and Rising." The group notched three Top 10 singles on the Hot 100 as lead artists – "Give Me Just One Night (Una Noche)" (No. 2), "Because of You" (No. 3), and "The Hardest Thing" (No.5) — and was a featured artist on Mariah Carey’s chart-topper "Thank God I Found You." The group released a greatest hits album in 2002. The American/R&B Vocal group has achieved eight top 40 singles in the U.S. "Give Me Just One Night (Una Noche)" became the most added Top 40 single in history with 170 ads on radio in its initial week, allowing the song to debut strongly at number-two in the Billboard 100 charts becoming the highest-charting single in its debut week by a ‘90s boy band, a feat that was yet to be surpassed by any other boy band in the 20th century.
###