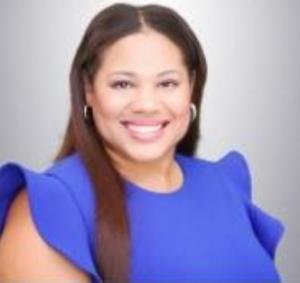 " I am not just complaining about election fraud. I am fighting in court to assure our elections are fair."

Kennedy defeated her Democrat opponent by 3-1 at the voting booth in the November 2020 election, but like Democrats across the country, Brownly was fraudulently reelected after receiving an overwhelming majority (94 percent) of the mail-in ballots in the district where only 55 percent of voters are registered Democrats.

The 9th Circuit Court of appeals is reviewing the case that will likely be adjudicated in the Supreme Court, setting precedence for other states in the union, Kennedy contends:

“I am not just complaining about election fraud. I am fighting in court to assure our elections are free, fair and every American vote counts. My campaign represents the seventy-four-plus million Americans who were defrauded and are not gonna shut up – who refuse to step past the illegitimate elections as if nothing happened. If we allow the fraudulence to go unchecked, we have stepped from what was America into tyranny.

It’s time for photo-voter ID law. The absence of voter ID is a recipe for fraud waiting to happen. A photo ID is required for everything we do in this country. Eighty percent of Americans support voter ID laws. Yet, Democrats connivingly attempt to persuade voters into believing that verifying your identity to vote is a racist ploy and vote against Voter ID legislation. As a result, people can vote multiple times. The dead vote. Illegal immigrants vote.

It’s time we get rid of mail-in ballots. The enemies of freedom exploited a manufactured COVID pandemic in 2020 to rig the election with an unprecedented mail-in-ballot election for the express purpose of electing Democrats. In court, we will irrefutably prove that our electoral system is broken. California laws like ballot harvesting and mail-in ballots disadvantage minority groups who prefer to vote at the ballot box than by mail. We cannot dwell on the past. I am fighting for future elections. I expect that my 2022 election results will be fair.”