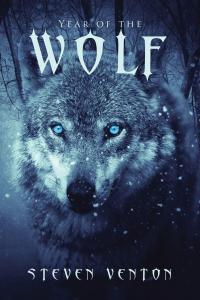 Year of the Wolf by Steven Venton

Rescuers strive to contain rampaging carnivores, unravel conspiracy in "Year of the Wolf"

UNITED STATES, June 28, 2021 /EINPresswire.com/ — Packs of wolves are on the loose in upstate New York, attacking bystanders and perplexing Animal Control specialists with their viciousness. Survivors of the attack and wildlife experts team up to unravel what is behind these incidents, but become tangled in something much larger and more treacherous. As events unfold, readers will see that there are far more dangerous predators stalking the innocent in Steven Venton’s “Year of the Wolf.”

John Wilkes, a former Pentagon computer whiz, is bound for upstate New York to meet with his parents when he is attacked. His case comes to the attention of Susan Morehouse from the Department of Indigenous Animal Control. Someone has been releasing wolves into Adirondack Park and they, along with other concerned individuals, try to find answers.

Their inquiries take them from the wilderness to even more dangerous grounds – the halls of power. They discover secret files in the New York governor's mansion that implicate influential figures. At the same time, the wolf packs are growing in number and it turns out that they have been chemically altered to increase their viciousness. As the Adirondack Mountains communities struggle to survive, the protagonists must make a risky gambit and face even more dangerous foes: heavily armed killers and the corrupt parties they work for, men who place no value in human life, only money.

With his novel, Venton portrays the perils of human avarice as well as the determination and goodness of those willing to risk everything to help their fellow man. "Year of the Wolves" carries a Christian message, as Venton shows that with faith people can face extreme adversities, as it gives them a reason to go on living and fighting no matter the odds. This contrasts with the materialistic motives of the antagonists whose schemes imperil countless lives.

"It is comforting to know that despite great loss, life can go on and be meaningful as we seek the Lord, Who alone can guide us through the dark times in our lives." Venton says. That is the inspirational message he weaved into the narrative of “Year of the Wolf.” “May this book do more than entertain. May it effect a profound change for the better in the lives of all who read these pages.”

About the Author
Steven Venton was born in 1955 and has a bachelor's degree in Bible and Pastoral Studies. He teaches in a local church in the Adirondacks. He has had three radio interviews with Ric Bratton, Kate Delaney and Susan Sherayko.