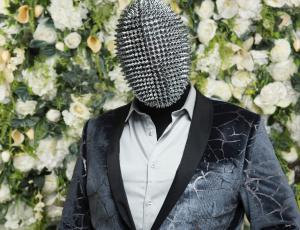 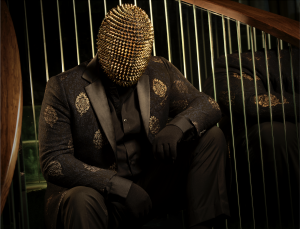 Welcome to the post-COVID era, where people can actually dance together – instead of alone on their TikToks. And at the end of the night they can go home and make love, instead of bingeing on Netflix”
— Benedict Sinister, Top Ten Club Chart artist

HOLLYWOOD, CA, UNITED STATES, June 28, 2021 /EINPresswire.com/ — Benedict Sinister announces his triumphant musical comeback. The “genre-fluid” music artist releases his new atmospheric dance single “Going Away” in the USA today. The track has already reached the top ten in the official MusicWeek Club Charts in the UK, and it is expected to do even better in the US as bikini bodies seek out smooth summer tunes to grind to.

The single is accompanied by an amazing sci-fi video game-style video clip produced and directed by Sinister himself, featuring soulful and sexy dancing robots. The video includes a "fashion parade" of unclothed robots, of which Sinister says "The nude fashion parade is a metaphor for the human condition in the twenty-first century, where the subject is continuously displaying itself for the scrutiny of a critical audience." Sinister himself is known to wear metallic robot-style masks, over his vast collection of tuxedos by Tom Ford accessorized with slippers by from Christian Leboutin.

The US launch of "Going Away" has been brought forward in response to an underground groundswell of support across America. “Going Away” made its US debut at the celebrity-filled Pre-Oscars Lounge presented by GBK Brand Bar at Kimpton’s La Peer Hotel in WestHollywood. And DJs, radio shows and clubs – from DJ Dyegon, Groove on Ibiza and Kassi Beach House in Las Vegas – have all added it to their playlists.

With so much talent in the electronic music community, it can be difficult to stay at the forefront of the genre. Never one to run from a challenge, Sinister teamed up with LA DJ and tastemaker Christian B on this track. Their last collaboration, “16 Lines from Bryan Ferry” hit the No. 5 Breakout spot on Billboard’s Dance Club chart. It was supported by a smoking hot video featuring Russian model Anastasiya Scheglova.

Benedict Sinister’s rapidly growing cult status continues to be fueled by his provocative tendencies. Recent outrageous behavior includes getting into a war of words with Bella Thorne and Perez Hilton over casting Russian supermodel Anastasiya Scheglova in his video “Ne Dramatise Pas”

“Going Away” is now available to stream or download on all platforms.