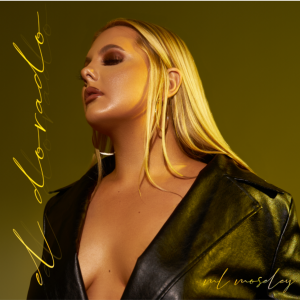 El Dorado is Available Now on All Major Platforms

“El Dorado” is a sultry, dark pop/R&B track with deep undertones on the effects of toxic masculinity.

Mary Leigh shares, “I wrote ‘El Dorado’ about the toxic masculinity within our world and for anyone who has ever been in a relationship with someone who isn’t able to be fully present because of deep-rooted walls/emotional trauma.”

Her debut single, “Thin White Line”, was released in September of 2020. Leaning more towards Country in its sound, the song has amassed over 10,000 streams and climbing.

Mary-Leigh Moseley, also ML Moseley, is a pop/R&B artist based in Atlanta. Her interest in music started at the young age of 6. It was then that she took her first singing lesson and became a classically trained singer. Since then Mary Leigh’s love for music and vocal ability has only grown. Now 14 years later, she has transitioned to a more contemporary sound.
She is an unsigned, unmanaged independent artist attending college full time and spending as much time as possible on her musical career. Mary Leigh’s debut pop single “Thin White Line” was well-received, with fans commenting on her extensive vocal range. Her upcoming projects showcase her beautiful melodies and songwriting abilities.