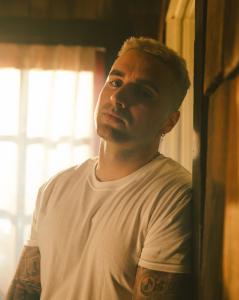 LOS ANGELES, CA, UNITED STATES, June 25, 2021 /EINPresswire.com/ — Up-and-coming Bay Area R&B singer ZTILO has released a music video to accompany his new single, titled “I Got You”. The Latino artist continues to deliver a steady flow of new music, with recent offerings including “Missing You”, “Strange Addiction”, and “Better Than Me”.

The older brother of Peach Tree Rascals’ Issac Pech, Ztilo began his career as a rapper in the Bay, and has since returned from a brief hiatus with a new sense of both himself and what he strives for in his art. Notably, his recent output sees him partnered with long-time collaborator Zach Steele (Travis Scott, Trey Songz, DaBaby), who handles sound engineering and co-writes on the project.

Fans can watch the music video for “I Got You” here.

Speaking about the new single, Ztilo comments:
“We are inventing a new genre with this single and calling it ‘boy band trap’ lol. In all seriousness, this is my favorite video yet. Something to uplift you through tough times.”

About Ztilo:
Bay Area artist Ztilo has re-emerged on the music scene with a new title and an evolved sound. Originally going by the moniker of ‘Cristiles’ during his early hip-hop career, the San Jose product returned as Ztilo after taking a hiatus in 2017. Fans who remember his infectious breakout hit “Good Times” will hear a different side of the performer on his new material, while still feeling an instant connection with the raw passion and bravado that has always been present. A Latin artist who draws inspiration from many of the great R&B singers of the modern era, this second act will further prove that Ztilo is anything but a one-trick talent.

Ztilo “I Got You” (Official Video)