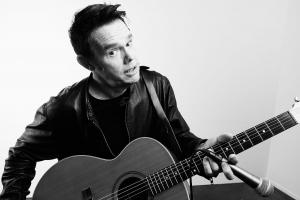 When I See Your Face Available Now on All Major Platforms

“When I See Your Face” highlights Merv’s smooth vocal side, as a pleasant addition to his rock library.

Merv was inspired to create “When I See Your Face” after over a year of lockdowns. Isolation and closed borders only increased everyone’s desire to travel and see loved ones. Finally, as things are opening back up, Merv captures the joy many families are experiencing all over the world.

When creating the “When I See Your Face” music video, Merv got direction from New Zealand’s music guru the late Dylan Tait. The video has a vintage look as Merv and his team recreated a true story.

“When I See Your Face Now” is available now on all major platforms. Visit Merv Pinny’s website for more information.

Merv Pinny is an alternative rock artist with a unique style of music. He grew up in New Zealand and was influenced by a mix of different genres. After his song “OB Can You Hear the Children Cry” went viral on Facebook in 2016. Merv’s Facebook page has now reached more than 80 million people and his music has been streamed over 30 million times on different platforms. Merv’s music has made charts in Brazil, Canada, the USA, Europe, South Africa, Australia, New Zealand, Norway, and Ukraine. In late 2020, he had his first global hit when he made the Amazon World Music Charts with his song “Amazing”.