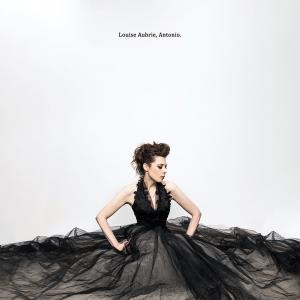 Musically, 'Antonio' finds Louise Aubrie in her sleekest form, pumping out hooky, melodic tracks, and cutting straight to the point. No doubt, her kinetic sound is born of a deep connection to the city; Louise splits her time equally between her hometown of London and her adopted town of New York City.

The striking cover artwork is an homage to The Pet Shop Boys 'Actually' album cover.

The first 'Antonio' single to be released is 'Last', out May 28, 2021 via artist-run label Carrot Bone Records. "Last" ties the whole record together by quoting all nine other tracks, mentioning that other four letter word: Love, while repeatedly asking "Where is Antonio?".