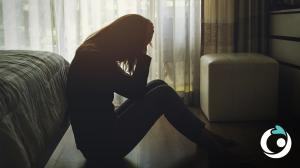 In the podcast, host Shawnda McNeal helps Rachel recount her eventful journey through late high school and into her early twenties. Early on Rachel had some unhealthy relationships that led to an eating disorder and dysfunctional ideas about physical intimacy. Shortly after college, she was in a serious car wreck with several friends that added to the traumatic toll.

Rachel shares, “My mental health was starting to take a turn for the worse . . . I had such insane mood swings. I would be totally fine, super happy one day, having conversations, and then wake up the next day and want to end it all, thinking like ‘life is horrible, I hate this, I can’t handle this anymore.’ And then 24 hours later I would be fine again.”

Around this time, Rachel became an in-home caregiver for a terminally ill breast cancer patient. At only 21-years-old, she was responsible for this woman and her 13-year-old daughter. Rachel became so close with this family that they became her own. In the podcast, she describes the patient as “her person.” When her friend passed away about a year later, Rachel’s heartbrokenness led her down some dark paths that included addiction. Additional sexual abuse added to the psychological impact of the whole situation.

After multiple years of continued “dissociation” due to compounding trauma, Rachel realized she needed to make changes for her own physical and mental well-being. She began attending AA meetings and found sobriety in a trauma-focused addiction and recovery group, led by an experienced therapist who recognized the correlation between PTSD and substance abuse.

Of her PTSD diagnosis, Rachel explains, “I had no idea that I had had trauma. It was just a bad hand, bad luck, just a lot in a short time. In my mind it was just me not being strong enough to handle what was happening. I thought it was my fault.” But through her therapist, Rachel learned about PTSD and how her body was processing traumatic experiences and memories. She began the journey toward healing and fully processing these past traumas.

Dr. Jay Davidson, co-founder of Microbe Formulas, adds, “Microbe Formulas sponsors the Intentionally Disruptive podcast to share stories like Rachel’s. Part of our mission is ‘restoring hope and health’ to the world. PTSD affects millions of people a year and can have a devastating effect on well-being. By raising awareness of this mental health condition, we wish to encourage others to live with more compassion and understanding, including toward themselves.”

About Microbe Formulas: Microbe Formulas is a wellness company that believes a “healthy microbiome is a healthy you.” This starts with opening drainage pathways, supporting energy at the mitochondrial level, and detoxing unwanted substances. Their core values are front and center in the company mission: “Creating solutions that work is what we do. Restoring hope and health is who we are.”

If you would like more information about this topic, please contact Shawnda Huffman, Vice President of Communications for Microbe Formulas, at 740-649-5433 or shawnda.huffman@microbeformulas.com.