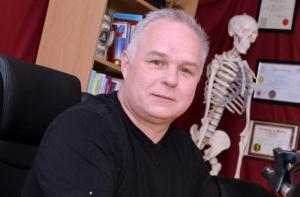 The point of this story is that I succeed and I win. I don’t know how to fail because I give everything my all, with complete faith and conviction, until it does succeed.”
— Martin Rothery

Martin Rothery has never played by the rules. Having bowed out of the ultra-conformist education system at age 16, he went backpacking across Europe with nothing but the clothes on his back and a will to survive. For several years, he picked up work where he could both abroad and, later, back in the UK. Still, he started to realise that he didn’t have a purpose. Having had a daughter at age 23, he knew he had to make something of himself. So, that’s what he did. Opting to go down a therapeutic pathway, he has since revolutionised pain therapy and dream exploration and improved the quality of life of hundreds of people as a result. Now, with his new book Sanomentology: The Theories, he is hoping to share his radical new services even further afield.

Ultimately, Martin’s goal is to make Sanomentology the biggest and most successful therapeutic service in the world. He’s already well on his way, with 252 members globally, a steady stream of clients, and a six figure income. And, while it hasn’t always been easy, the juggernaut that is Sanomentology is currently catapulting Martin to the place he always knew he’d eventually end up: success. With the newly founded Global Institute of Sanomentology, his influence is reaching new corners of the world and changing lives as it goes.

Looking back at his roots, it’s clear to see just how far Martin has come. In many ways, he started on his career path with nothing. But, the one thing he did always have was a determination to triumph. As he explains: “The point of this story is that I succeed and I win. I don’t know how to fail because I give everything my all, with complete faith and conviction, until it does succeed.” With this mentality, Martin is building something bigger than himself. Who knows where it might take him next!