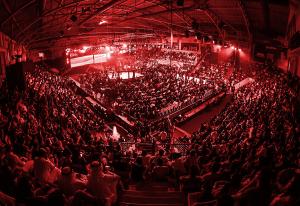 MMA had a huge rise the past decade, however the essence of the sport has been getting lost in the entertainment factor. The industry requires reform to survive

LOS ANGELES , CALIFORNIA, UNITED STATES, June 24, 2021 /EINPresswire.com/ — Mixed martial arts (MMA) has swept across the globe like a tidal wave in less than a generation, charting one of the most remarkable trajectories of growth that the world has ever witnessed in a sport. From the East to the West, MMA’s influence is witnessed in the steadily increasing number of fans, primetime television spots, and packed arenas.

At the tip of this spear are the biggest and most influential promotions in the world that have created and sparked this phenomenon with diverse business models, structures, and reach.

Modern MMA in North America was pioneered by the UFC as it played a pivotal role in transforming the all-encompassing sport that is celebrated by millions of fans today. Over the past 27 years, the UFC has created legends as they were the first to give a platform to some of the best MMA athletes.

Since its first event on November 12, 1993, the UFC has held 560 cards in a total of 29 countries across the globe – 12 of which were in Europe and 6 in Asia focusing most of their events in their headquarters in North America followed by Brazil.

The UFC has become synonymous with the event-based business, raking in record-breaking revenues by focusing their product on the appearance of big stars, and putting on huge shows, no different than music concerts or other types of entertainment. This has allowed the UFC to crossover as a solid entertainment company, capable of titanic numbers but failing to help with the development of the sport, and grasping its spirit at its best.

On the other hand, ONE Championship has achieved tremendous success in Southeast Asia, showcasing different forms of combat disciplines apart from MMA. They have hosted events in 12 different countries since its establishment in 2011, all of which were in Asia.

Headquartered in the heart of Singapore, ONE Championship emerged as the self-proclaimed opposite of the UFC. While the UFC is geared towards revenue and profit and using big, established stars to get to their goal, ONE Championship is focused on viewership. Neither focused on elevating the sport to the next level.

ONE prides itself in going to different countries, and focusing on the most popular sport there to drive viewership to their events. That is how they introduced muay thai to capture viewers from countries such as Thailand, Singapore and Cambodia, and are now focused on using Kickboxing to make their entry into Europe.

In those two brands, the interest to develop mixed martial arts is limited, if non-existent. There are strategies in place to guarantee their goals are achieved, however they are always linked to profit or viewership. The models used were not focused on preserving the true essence of the sport, and MMA was headed towards the same fate as boxing – depending on YouTubers and other celebrities to bring in revenue, and lacking accountability to the thousands of practitioners who dedicate their lives to climbing the technical mountain and become the best athletes they can be.

Joining the UFC and ONE Championship is BRAVE Combat Federation, a brainchild of His Highness Shaikh Khalid bin Hamad Al Khalifa from the Kingdom of Bahrain established in 2016, which brings a different conversation into the MMA table. The focus of the organization’s model is development. Grassroots development of mixed martial arts, development of different countries, and the creation of a new ecosystem for the sport, which gives young people from every corner of the world a clear pathway to success in the sport.

BRAVE CF may have firmly established its roots in the Middle East, but the company has developed into a global sports juggernaut by hosting 51 shows in 22 different countries in less than 5 years – a record in combat sport history. The promotion will be visiting it's 23rd country this August as it debuts in Milan, Italy.

A self-proclaimed MMA activist looking to introduce a new sport business model to be a catalyst for the new age of MMA, BRAVE CF has visited 7 european countries, 10 asian countries, and ventured into untapped markets like India, Pakistan, Columbia, Romania, South Africa, Morocco and Jordan making it the only global promotion to host events in the African continent.

Through these visits, BRAVE CF aims to develop the sport around the world, as well as create an ecosystem that allows young men and women to have a clear path to stardom in the sport and uses its wide-ranging network of government officials, federations and gyms to truly kickstart a small revolution in the sport locally. The visited nations have experienced exponential growth in MMA interest, and the local fighters have become esteemed representatives of their societies.

The shifts in the mixed martial arts market have gone from minor to exponential with the structural changes UFC adopted earlier this year, BRAVE CF new sports model, and ONE Championship expansion into Europe through Kickboxing. But, the future of MMA looks bright with the best organizations in the world competing for the number one spot with different models to elevate combat sports.