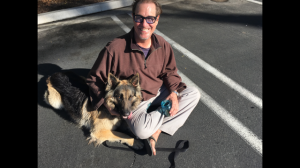 LOS ANGELES, CA, USA, June 23, 2021 /EINPresswire.com/ — William Lakoff earned degrees in business and film from Loyola Marymount University and worked as a production designer for film and TV. He works as a DJ at KXLU radio when he gets some free time from working in film and TV. William is an avid sailor and enjoys sailboat racing with his team each week.

It's not often that we get the chance to talk to people working in production design. It's a profession that has fallen away from the limelight since the rise of information technology. But it's a fascinating world full of incredibly creative people making the most out of the resources they have on hand. We asked William Lakoff to share some things about production design that few people are aware of. Here's what we learned.

The job of a production designer is to create the visual backdrop against which the story will be told. They have some say in where a shoot will take place and what the camera will see. But ultimately, William Lakoff explains, they are there to make the director's vision come through in the final product.

Great examples can be found in the films of legendary director Stanley Kubrick. Kubrick's films are famous for their art direction and production design. Every shot, every use of light, color, shape, form, angle, object, and motion that makes it into the frame in a Kubrick film is expressly designed to appear in exactly the way it does. Kubrick's films are known for their heavy use of symbolism to tell a story. William Lakoff says, in order for this to happen, the production designer or art director must have a very clear understanding of the director's vision. He would have to work closely with the director or have explicit instructions regarding the use of color, props, sets, costumes, lighting, and more. Working on a Kubrick film would be an extreme example of production design, but it illustrates what these professionals do best.

A typical day for a production designer includes scouting locations, consulting professionals, building sets, working with lighting, designing props, developing mood boards, production planning, and raising money. They are the fixers of the TV and film production world, making things work when they shouldn't and building worlds on a shoestring budget. William Lakoff tells us production design is always an adventure, that you never know how a given problem is going to be solved. After the final cut, it's creativity, ingenuity, and creative vision that saves the day in production design.