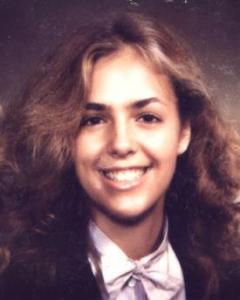 NEW YORK, NEW YORK, UNITED STATES , June 23, 2021 /EINPresswire.com/ — The New York State Police have refused to participate in a true-crime documentary series investigating an unsolved murder that has baffled the Finger Lakes wine region for over three decades. The 1985 brutal slaying of twenty-year-old Minneapolis college student Kristin O'Connell in the small town of Ovid, New York, dominated headlines and created a wave of panic in the close-knit community that lasted years.

Kristin's story has remained in the public eye, thanks to several peculiar developments in her homicide investigation. However, in the thirty-six years since her death, State Police are yet to arrest anyone in connection with her murder. Now, Kristin's eighty-one-year-old mother, Phyllis, is outraged by State Police refusing to participate in the true-crime series and has begun questioning whether they have a genuine interest in solving her daughter's murder.

"They've had thirty-six years to solve Kristin's case. I have been more than patient. And I have listened to State Police investigators make excuses time and time again about not having the funding to retest physical evidence or travel outside their jurisdiction to question suspects. They've been using Cuomo budget cuts for years as an excuse for why Kristin's case never seems to advance." said Kristin's mother, Phyllis O'Connell. "But now a documentary team offers Kristin's investigation free forensic testing and an entire cold case team, and the State Police turns them down without ever informing our family or asking our opinion? Why pass up this incredible opportunity that does not cost the State a dime? It has been thirty-six years without an arrest. Maybe it's time the State Police give someone else a shot at solving my daughter's murder."

The true-crime documentary series, directed by two-time Academy Award-winning documentarian, Bill Guttentag, has volunteered a state-of-the-art, New York permitted forensics lab to Kristin's investigation. The lab has agreed to test all the physical evidence in her case at no cost to taxpayers. An accredited cold case team headed by a former manager of the FBI's Violent Criminal Apprehension Program has also agreed to donate their time to work alongside current State Police investigators on the case.

According to the producer of the series, Christopher Pavlick, the resources the documentary series are offering the State Police investigation are proven to increase the odds of solving Kristin's case significantly.

"Law enforcement all across the country are employing this approach to cold cases. It is simple and practical. When you are stuck on a problem, you bring in a fresh set of eyes to gain a new perspective," says Pavlick. "But State Police won't allow anyone outside the Department near Kristin's case. Instead of opening a thirty-six-year-old unsolved murder case, they chose instead to shroud it in secrecy. If you are skeptical or think we are paranoid, then ask yourself why State Police leadership and District Attorney Sienkiewicz won't respond to any of our letters, emails, or phone calls."

Kristin traveled to Ovid on August 13, 1985, to visit a young man she met at a Florida resort on spring break. According to witnesses, the night after she arrived, Kristin allegedly went for a late-night walk alone down an unlit road without shoes or a purse. She never returned. A pair of motorists would later report seeing Kristin being followed on foot down Route 139 by two men in their early 20's while a third followed in a dark sedan.

Neighbors heard a bloodcurdling scream just after midnight. That evening, no one reported anything they saw or heard to the police. The first report of Kristin's disappearance came to State Police 13 hours after she left for her walk. Her naked, rain-soaked body was found two days later in an overgrown cornfield less than a quarter of a mile away from where she was staying. She suffered multiple stab wounds to the chest, and her throat had been slit. Her death was classified as a homicide. Testing proved Kristin's blood was free of alcohol. There were no signs of sexual assault.

Pavlick hopes State Police will reconsider their strong stand against participating in the documentary series and commit to having a productive conversation about how their teams might work together to advocate for Kristin.

"The entertainment industry and law enforcement have a long history of working side by side. I've been fortunate throughout my career to have worked with law enforcement agencies all across the country. In my experience, they are great communicators and excellent problem solvers. I remain optimistic that the State Police will see us as allies and not enemies."

However, the victim's mother is not as optimistic. "Over the last thirty-six years, our family has never spoken ill of the State Police. We've been loyal and trusted that they'd always do what was right for Kristin. But today, they betrayed her and us. This was an opportunity to give Kristin a voice. But instead, they silenced her."

Phyllis O'Connell's is the mother of murdered victim Kristin O'Connell.

Christopher Pavlick, Producer of upcoming documentary about Kristin O'Connell's Unsolved Murder. Mr. Pavlick has produced in both the scripted and unscripted worlds of entertainment. Most recently, he produced the eight-part Netflix documentary series MEDAL OF HONOR. He's also produced documentaries on subjects as varied as the American farmer, the Academy Awards' history, the Holocaust, and international democracy. Pavlick won an Emmy for the PBS documentary INHERITANCE. Pavlick attended the University of Minnesota and studied Film & Theater. He currently resides in Los Angeles, CA.