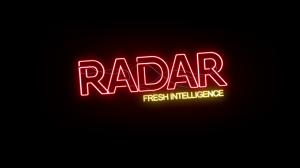 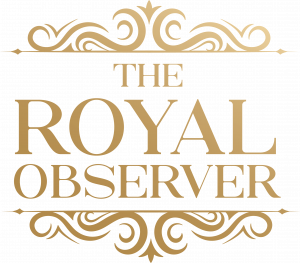 NEW YORK, NY, UNITED STATES, June 21, 2021 /EINPresswire.com/ — Empire Media Group, Inc. (“EMG” or the “Company”), a dynamic privately owned global media conglomerate of brands and an innovator of content experiences across different platforms, announced today that its suite of entertainment sites has already surpassed its total 2020 traffic in just the first six months of 2021, with nearly one in 20 Americans visiting the sites.

The Empire Media Group portfolio encompasses legacy brands RadarOnline.com™ and OKmagazine.com™, as well as new startup sites Front Page Detectives™, The Royal Observer™, and Morning Honey™. In the first half of 2021, more than 68.6M users visited these sites a total of 75M times.

Video views for both sites as a whole have increased to 12M per month since a March 2021 video relaunch, as compared to 1M per month in the months prior.

Even more importantly for advertisers, both sites are delivering a highly engaged readership, with users spending an average of 3:57 minutes on OKmagazine.com™ and 4:05 minutes on RadarOnline.com™ per session.

Ryan Naumann, formerly of TMZ and The Blast, as Editor in Chief of RadarOnline.com™, and Michael Gioia, formerly of PEOPLE and Star, as Executive Editor of OKmagazine.com™ have led this new period of growth.

When the formation of EMG was announced in March of this year, the Company revealed it had also created two new digital brands: Front Page Detectives™, a website dedicated to true crime that features in-depth features, investigative journalism, and cold-case updates, and The Royal Observer™, a trusted source for news on royal families around the world.

Users have flocked to these knowledge-based titles as well, with Front Page Detectives™ — a publication that first embarked in print in the early 1900s — recording two successive months of more than 2 million unique visitors in April and May 2020.

“FrontPageDetectives.com is a new take on real crime and comes at a time when interest in the subject is at an all-time high, thanks to an explosion of crime documentaries on major television channels and streaming services; dedicated crime channels running 24-hour content; hit Netflix series, and popular podcasts,” he continued.

“FrontPageDetectives.com features interviews with true crime authors, case insiders, scientific experts, filmmakers, victims, psychologists and the criminals themselves to bring a new perspective to the world’s most intriguing crimes and crime stories.”

Meanwhile, in the wake of Prince Harry and Meghan’s Markle’s interview with Oprah Winfrey and Prince Philip’s passing, The Royal Observer™ has cemented its position as the go-to destination for royal coverage, with www.TheRoyalObserver.com sky-rocketing from 619 unique users in April to 2.06M in June — a 332,695% increase.

“Every minute of the day, www.theroyalobserver.com takes you behind the high walls, gilded gates and imposing palace façades and into the very heart of the most famous families alive,” said Jaclyn Roth, Editor in Chief of The Royal Observer™.

“We explore history and tradition stretching back thousands of years; we celebrate all the pomp and ceremony that drive and define the public lives of royal families around the world, and we also examine what happens behind closed doors and in the shadowy areas of the royal palaces the public does not get to see,” she said.

The Royal Observer™ Columnist Phil Dampier — who previously covered the royal beat for The Sun, Britain's biggest-selling daily newspaper — has been a main draw to the site, as he celebrates the legacy of these families and examines the secrets of the world’s most exclusive bloodlines, dynasties that have kept the world fascinated since their earliest days in power and continue to do so to this day.

In synergy with this editorial success, EMG’s partnership with the leading digital advertising platform Kargo Global, Inc. (“Kargo”) and its new division, Fabrik, to build world-class digital technology, has helped deliver lightning-fast web experiences through the elimination of the need for third-party trackers and plugins.

Melissa Cronin, President & Chief Operating Officer of EMG said, “In the modern media age, users demand highly curated, hyper-focused content. EMG delivers. Our segment-specific brands are a revolution in the field and have made us one of the leading new media companies in existence from the very moment of our inception.

“This diverse and rich portfolio of brands is supported by a broad network of talented and experienced journalists who deliver best-in-class content for national and international audiences in their respective fields of expertise. The results speak for themselves. As our base of loyal readers continues to expand, this represents a powerful marketing and revenue solution, and fully integrated sales experience for clients, simplifying their experience and delivering a more holistic solution to advertising partners at scale.”

Empire Media Group, Inc. (EMG) is the new media landscape, where bold and authoritative content meets innovative delivery for passionate audiences. An award-winning, global, and next-generation multi-platform media company, EMG encompasses a powerful portfolio of assets that serve highly engaged audiences through a rich assemblage of content delivery mechanisms: from magazines, live events, and digital media, to video, television, audio, book publishing, and more. EMG’s suite of 12 vaunted brands makes it one of the world’s largest and most diversified modern media conglomerates, with market share across entertainment, fashion and beauty, luxury, travel, and specialist consumer titles. At EMG, we do not just serve readers; we serve users. Divisions of EMG include television and movie production company Mystify Studios, podcast studio Audology, literary publisher Harland & Wolff Publishing, marketing firm Elevate Strategic, EMG Ventures, and the non-profit foundation, the Institute for Healthy Media Minds, which is focused on creating a positive culture of mental health across the journalism, media, and public relations industries. With these six distinct business units united under a mandate of preeminence in content quality and innovation, EMG is a 360-degree media business that is poised for the future — broadening the reach of storytelling into virtual and augmented reality, programming, e-commerce, immersive events, branded content, innovative advertising solutions, and beyond.