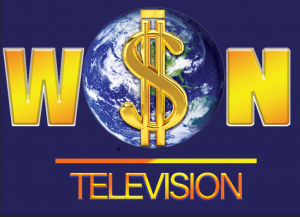 THE WINNER TAKES IT ALL

"LOGO POGO" is now "LIVE" on WIN TV The First Global Television Game Show Where Anyone, Anywhere In The World Can Play as a Game Show Contestant and WIN Big!

"LOGO POGO" is the name of the game and it's like a "Treasure Hunt" game.

The game is fully described on the NEWS GIGGLES GOSSIP page on the website wintv.network

The game consists of two parts. The first part requires players is to find the special WIN TV logo's on the website. Once the WIN TV logos have been found the second part of the game requires the players to answer a simple mathematics question. The first person back with the right answer will win the cash!

WIN TV is a radical approach to the television entertainment business and in less than three months has been found by people from all over the world.

WIN TV has over 1 million trivia games that can be played and have been played over 3.8 BILLION times.

In addition to these games, which are all free to play WIN TV has created special big money games "Featured Games" that are much more complicated and challenging, but also have major prizes of up to One Million dollars USD cash!.

WIN TV has now opened it up to where anyone, anywhere in the world can now play as a television "Game Show" contestant and win big prizes and cash from the comfort of their living room couch!

WIN TV does this by using new state-of-the-art technology, some in-house developed algorithms, and some very creative approaches to content.

WIN TV is radically changing the "Old School" approach to television production and distribution. Typically the "Old School" production methods require huge up-front investment and significant time, effort, and resources to produce a television series or film, and it is a long shot that this content will become profitable.

WIN TV has developed an exciting "New School" approach where the up-front cost of production has been minimized but the content still provides a very good reason to watch and play on WIN TV. That reason is the opportunity to win lots of money.

A very good example of this reasoning is as follows.

There is zero entertainment value in a lottery ticket, but the reason people buy lottery tickets is for the opportunity to make or win a lot of money.

WIN TV uses this same reason of offering the global audience the opportunity to make a lot of money in its "New School" approach, but while lotteries are classed as gaming and games of chance, WIN TV introduces skill elements into its programming, just like any other television game show such as "Jeopardy" "Wheel Of Fortune" or "Who Wants to Be a Millionaire".

Skill-based Television "Game Shows" are not considered to be a game of chance based on a random outcome. As such they are not subject to onerous gaming laws and have for 75 years since the early days of television been an extremely popular and profitable form of television entertainment favored by both advertisers and by audiences.

Trivia is such a popular pastime around the world that WIN TV has also recently announced that it is creating the world's first PRO TRIVIA PLAYER (PTP) League. This will give the PRO TRIVIA LEAGUE PLAYERS the opportunity to win major prizes but also earn endorsements just like any other tennis, golf, or professional soccer player.

To register as a PRO TRIVIA PLAYER (PTP) applications will be taken from the end of next week. So if anyone would like to be the first groundbreaking first PRO TRIVIA PLAYERS in the world register as soon as you can. It's a brand new sport that will be developed with a number of tournaments over the next year. Players will receive lots of global coverage on WIN TV Network and this is a chance for fame and fortune. Also an opportunity to have a lot of fun and also win some really big cash prizes.

Full information is on the "LOGO POGO" game and the PTP PRO LEAGUE is on the NEWS GIGGLES GOSSIP page of the wintv.network site which is updated daily with news, very funny videos, and great opportunities to play "Money" games.

Our first winners were a family from Florida who have received their first CASH prize and are very happy with being the first winners on WIN TV. WIN TV is excited to see who will be our next winners.