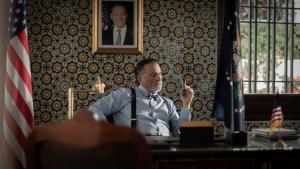 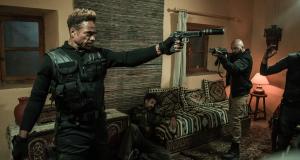 Director Hicham Hajji is not only a very passionate filmmaker, but he’s also the first-ever Moroccan/Arab to write, produce and direct a Hollywood feature film.”
— Dennis Cieri, festival founder

The story is this. After being awarded the Medal of Honor for his bravery during a firefight against ISIS, U.S. Marine Captain Brad Paxton (Gary Dourdan) is suffering from the long-term effects of being in a war zone. In the care of his loving wife, Kate (Serinda Swan), Brad is trying to adjust to civilian life. When Kate, a renowned archeologist, is given a once-in-a-lifetime career opportunity in Morocco. Brad urges her to follow it. When Kate arrives though, she is captured by a terrorist group who demands $10 million for her ransom. Brad rushes to Morocco where the U.S. ambassador (Andy Garcia) has ceased negotiating Kate’s release after the deal jeopardize United Nation’s talks for future oil rights in the region. As the usual circumstances of Kate’s abduction are revealed. Brad is forced to use his military skills in a daring and deadly operation to find the men responsible and save the woman he loves.

Director Hicham Hajji is not only a very passionate filmmaker, but he’s also the first-ever Moroccan/Arab to write, produce and direct a Hollywood feature film.
In 2008, after working on a number of high-profile projects, Hicham created his Production Company H FiLMS with the aim to bridge the gap between Hollywood and Morocco and help develop major productions in the region along with the company’s own slate of high-profile projects.

Today, Hicham has offices in Los Angeles and Morocco and oversees a multimillion-dollar Film Fund and credit facility for films and television series. He specializes in international productions with a mandate to make high-quality and commercially viable features worldwide and want to tell great, unique stories in a variety of genres that resonate with audiences everywhere.

REDEMPTION DAY is screening on Tuesday June 8 at the Producer's Club at West 44th Street. Tickets can be bought on the website of the NYC Independent Film Festival's website.