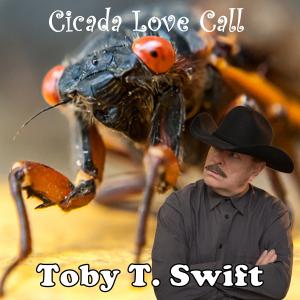 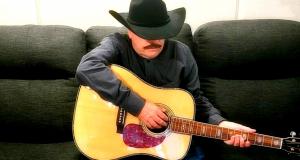 Toby T. Swift moved to Nashville from his native Pennsylvania in 2008. 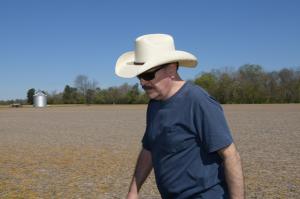 When he isn’t singing, Toby T. Swift works on a farm just outside of Nashville.

Like most songs, this one has a grain of truth. I’ve had more than one ex-girlfriend want to get back together with me. They keep coming back, like cicadas.”
— Toby T. Swift

NASHVILLE, TN, UNITED STATES, May 12, 2021 /EINPresswire.com/ — Question: When is a song about cicadas not really about cicadas? Answer: When it’s about a woman.

Country singer Toby T. Swift’s debut single “Cicada Love Call” finds many similarities between 17-year cicadas and an ex-wife who has “come back to bug me…”

“You’re buzzin’ around, getting’ in my hair, tellin’ me that you really care for me,” he sings. “Why don’t you go find someone else’s tree?”

“Like most songs, this one has a grain of truth,” Swift said. “I’ve had more than one ex-girlfriend want to get back together with me. They keep coming back, like cicadas.”

There are different varieties of cicadas, but the so-called Brood X (10) cicadas are known for emerging from the ground in parts of the United States in the springtime, every 17 years. From now through July, trillions of them are expected to appear in several states, mostly east of the Mississippi River.

Swift co-wrote “Cicada Love Call” in 2004, the last time Brood X cicadas were out, but by the time he finished it, the big-eyed bugs were gone. He forgot about the song until recently, when he started seeing news stories about the anticipated return of the cicadas in 2021.

“I thought, ‘Oh, man, I’d better hurry up and get do something with this song,'” Swift said. “I rushed into the studio and got it done just as the cicadas were starting to come out in a couple of places.”

Though some people are frightened of them, cicadas do not bite or sting; they simply fly around, mate, and then die after the females lay their eggs in trees. After the eggs hatch, the young cicadas burrow into the ground, where they feed on grass and tree roots, only to emerge 17 years later and repeat the cycle.

“Even though in the song it sounds like I don’t like cicadas, I think they’re fun,” Swift said. “I grew up in Eastern Pennsylvania and loved playing with them in 2004.”

“Cicada Love Call” features an uncredited appearance by songwriter Janet Miller as the ex-wife who calls Swift in the middle of the night. Though she did not write the song, Swift invited her to perform on the record, after meeting her at a music industry event in Nashville.

Swift moved to Nashville in 2008, where he collaborates with other songwriters and performs at private events and in front of many of the famed honkytonks on Broadway.

“Cicada Love Call” was produced and engineered in Nashville by John D. Willis, 2002 Academy of Country Music (ACM) Guitarist of the Year, who also performs on the record. The song is being distributed to Country Radio through Play MPE and is available digitally through Spotify, Apple / iTunes, Amazon and YouTube.