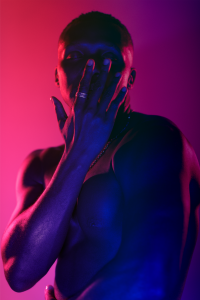 “Shirtless: The Remixes” Available Now on All Major Platforms

“Shirtless: The Remixes” opens up about a fantasy experience and incorporates vocals from Valton as he opens up to listeners in different variations of this pop single. The project features 3 new remixes, originally produced by Joseph Vitterito and DJ Ant LaRock.

As a part of the remix, Valton added background vocals while implementing genres from a club, dance vibe tune, to moody, and upbeat tunes.

Valton was inspired to produce the tracks of “Shirtless: The Remixes” in a collaborative effort with his longtime producer D3L. He recreated this record into 3 versatile mixes for a fresh club banger vibe for listeners to connect with.

Valton says he’s excited for listeners to enjoy his song and can’t wait for people to be able to dance all together again.

“Shirtless: The Remixes” is available now on all major platforms. Follow him on Instagram for the latest updates on Valton Jackson.

With Valton being based in New York for over 11 years; He’s been able to do theatrical work and pursue music and modeling. He was also able to get the most experience with singing by starting as a singer for cruise ships for 2 years. The dramatic performance “Soju” was his most recent work Valton participated in at MITU theatre festival and was one of the few projects he’s worked on along with being published for his writing talents. While working as a nightlife performer, Valton independently became a solo artist and released music as early as 2015.