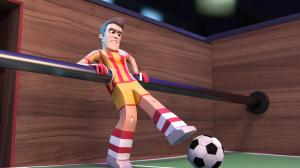 Most animations are comedies”
— animation curator

NEW YORK CITY, NEW YORK, UNITED STATES, May 3, 2021 /EINPresswire.com/ — This years' pack of animation films at the NYC Independent Film Festival is even bigger than it was last year. Eighteen animations made the cut this year, with an equal number being 2D and 3D. Eight came from female animators—an increase over previous years. And most are comedies, with a few using that genre for social or political commentary.

Aside from the United States, selected films came from Canada, Ireland, the UK, China, and Taiwan. And needless to say that origin did not play any role in the selection process. Our animation curator stresses he does not look at the filmmaker info until after judging the films.
So what does that bring us? A total of 1 hour and 41 minutes of film: 18 animations, all nicely rounded up in one screening session at the NYC Independent Film festival. Here's the list: