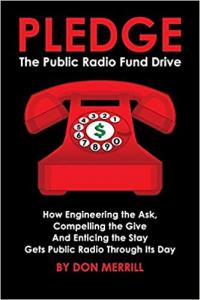 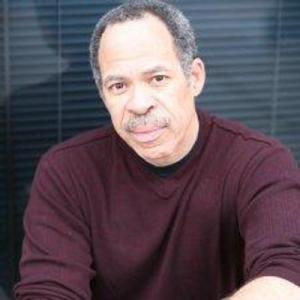 NPR Celebrates 50 Years as New Audiobook, Based on 2019's "PLEDGE: The Public Radio Fund Drive", Examines Past, Present and Future of Public Radio.

OREGON CITY, OREGON, UNITED STATES, May 3, 2021 /EINPresswire.com/ — When author and journalist Don Merrill finished a book about the public radio pledge drive in 2019, he wasn't thinking about how NPR's 50-year anniversary was just around the corner in 2021. NPR, as reported by CBS Sunday Morning, has a weekly audience of nearly 60-million listeners. The fact that only about one in 10 of those listeners support a network upon which they so clearly depend is one of the subjects of his new audio book, and upon which the printed version is based.

"PLEDGE: The Public Radio Fund Drive" was a deep dive into the obvious and not so obvious aspects of an organization that talks a lot about the world but is very careful what it says about itself. And it continues to be shaped by controversies including labor, salaries, technology and diversity. This month, the audiobook companion to Merrill's paperback was released for distribution through Storytel. "It's a perfect opportunity to talk up PLEDGE," says Merrill. When he started writing the book in 2015, he didn't realize that NPR's Golden Anniversary was in 2021. 'But "precious metal' is a perfect metaphor for some of the issues the network is dealing with," he says.

Many in the aging baby boomer cohort, for example, which was the demographic rocket the network rode to public radio dominance in the 80s and 90s, are now facing their own golden anniversaries. As that group, and its boatloads of disposable income, begin to diminish, the network has struggled to attract more and more young people with non-traditional voices pushing slates of new and diverse programming. Programming they increasingly access on their devices and not through the terrestrial radio of their parents and grandparents. "This is creating a 'Come to Jesus' moment for pubcasters," says Merrill, "who rely on sustaining membership based pledge drives blasted through expensive transmitters, towers and antennas, to ensure enough money keeps coming in."

Those drives, why they exist and how they function, are at the center of PLEDGE. But both the book and the audiobook delve into not only some of the more obscure aspects of public radio (like how staff react to non-givers and how NPR conspired with the NAB against LPFM broadcasters decades ago), but more uncomfortable truths. Accusations of manipulation of non contributing listeners, known as "freeriders" through guilt and shame is one. Others include a string of ongoing sex, race and gender diversity fails the network consistently finds itself mopping up. Also, questions of whether corporate and foundational supporters affect the network's independence. And last but not least, whether NPR is honoring tenets of early founder William Siemering's manifesto. Namely, is public radio treating its audience like a market or not?

For many public radio listeners in general, and NPR listeners in particular, acceptance of some of the inconsistencies is the cost of entry to a world they say contains the best news, information and entertainment available anywhere. For others, publicly supported radio stations represent an affront to the free market and the rights of taxpayers to not be forced to pay for points of view with which they disagree. No matter which side of the political spectrum listeners may claim, "PLEDGE: The Public Radio Fund Drive" promises to raise understandings of the backstory in ways like never before. And since Americans are paying for it, whether voluntarily or not, they owe it to themselves to understand exactly how their money is being spent.

With the completion of the book and the audiobook, Merrill has started working on a musical based on the book called, "PLEDGE The Musical." It focuses on the trials and tribulations of a small public radio station run by a conservative college in Eastern Arkansas, over a nine day period, and during the all-important pledge drive. He hopes to be ready to stage it locally by November 2021.