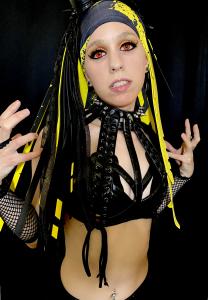 “You Already Know” Available April 30th on All Major Platforms

“You Already Know” is a bonus track from the band. The message is simple: uniting and encouraging all ages and nationalities to set our differences aside for healing. “You Already Know” is a heart-pounding spiritual climb designed to re-energize not only fans of metal but also fans of humanity, art, and music.

“You Already Know” was produced by Grammy-nominated mix and master craftsman Glen Robinson. His expertise gives the track’s heavy metal rock melody a perfectly polished sound suitable for all listeners. “You Already Know” expresses unifying ideas and people post-COVID to bring back togetherness within the community.

Tackling tough issues Sepsiss reminds listeners of the simplicity of sharing a planet together. Described as “the people’s metal” SEPSISS sets the bar delivering a heavy and powerful message for hard rock and metal fans alike.

The SEPSISS band hopes to connect with fans in this adrenaline, action-packed tune by erasing outdated language, concepts, attitudes, and behaviors. Returning to a newer world as the band touches on topics of pressing issues of race, political division, and sex throughout “You Already Know”.

Pre-save for the album is available now.

“You Already Know” is available on April 30th on all major platforms. Follow the band’s Instagram for more information and upcoming releases.

The SEPSISS band was able to grow a diverse fan base across the nation largely and calls their supporters “swarmies". By taking out time to engage with their fans online through karaokes, Facebook groups, podcasts, and streaming they grew their audience significantly and decided to inspire their audience in an impactful, yet entertaining way and use their voice to spread awareness on controversial topics; especially throughout times of quarantine and journey of adjusting to the “new world” today. SEPISISS looks forward to sharing their talents through their music of classic, hard rock, and connecting with listeners with the goal of keeping unity.