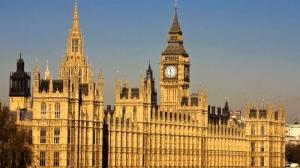 "Current resolution, to which the UK is a penholder, there is no recommendation to pursue criminal accountability by referral to the Int'
l Criminal Court"

I could barely believe my eyes reading the Government’s reasoning, citing “insufficient…Security Council support”. Who are we to cast the veto for China or Russia before they have done so themselves?”
— Hon Siobhain McDonagh

LONDON, UNITED KINGDOM, March 19, 2021 /EINPresswire.com/ — The Transnational Government of Tamil Eelam (TGTE) congratulates and thanks the Backbench Business Committee of the House of Commons of the UK for organizing the debate today on the Resolution on Sri Lanka pending before the UN Human Rights Council 46 th Session.

We take note of the fact that members representing all political parties in the UK, as well as independent members, participated in this debate. The consensus view of the debate was around the lack of any firm recommendations in the current Resolution and the call for action to
strengthen it.

The words of Hon Siobhain McDonagh who moved the debate in Parliament merit special attention:

“I turn to the current resolution, to which the UK is a penholder. Disappointingly, it falls short. First, there is no recommendation to pursue
criminal accountability by referral to the International Criminal Court. I could barely believe my eyes reading the Government’s reasoning, citing “insufficient…Security Council support”. Who are we to cast the veto for China or Russia before they have done so themselves? Our role on the
international stage must be to send the loudest message that impunity will not be tolerated, not to pre-empt the inaction of other nations”

We hope the Government of the UK will bring the required amendment to the current draft Resolution before the UN HRC.

Calls were made during the debate at the Commons today for ‘securing justice for the Tamil community, recognition of the genocide and a proper accountability mechanism’ by Conservative MP Robert Halfon, and for the recognition of the Tamil people’s self-determination by Hon Sam Tarry from the Labour Party. A notable thread in the discourse at the Parliament was that the UK should take unilateral action to contribute accountability and to end impunity. It was suggested that such actions can be taken in the form of sanctions against military commanders implicated in international crimes. The TGTE would like to point out that the OISL investigation has already identified 19 military commanders who are implicated in international crimes. We call upon the Foreign Secretary to put all 19 under the Magnitsky Accountability Act.

We endorse Independent MP Margaret Ferrier’s recommendation that the UK should immediately halt its defense engagement with the Sri Lankan Armed
Forces, and withdraw its Resident Defense Advisor in Colombo. According to the MP, the Resident Defense Advisor post created in January 2019 is itself a
legitimization mechanism for the Sri Lankan military and state. It was gratifying to hear many members of the House of Commons including the
Minister for Asia, Hon Nigel Adams, recognize the hunger carried out by Ambihai Selvakumar, and the demands articulated through her non-violent action. It is a testimony to the fact that Ambihai Selvakumar’s hunger strike not only served to galvanize Tamils across the globe at this time but also impacted heavily on the parliamentarians’ deliberations.

While ardent campaigners like Hon Siobhain McDonagh vowed in Parliament to fight for justice and human rights for Tamils however long the road to that may be, it is incumbent upon the Tamil diaspora to organize themselves to strategically engage with the governments in their respective countries and carry the struggle on among their own communities where they live.

There are few more hills to climb on the road to freedom!