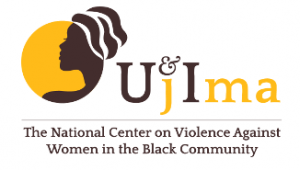 Who: Ujima, a national organization devoted to addressing domestic and sexual violence among Black women and children, celebrates the passage of the Violence Against Women Act (VAWA) of 2021 (H.R. 1620), a landmark initiative first championed by President Biden in 1994.

What: To garner support for passage of the bill in the Senate, Ujima has launched a video series campaign — called “Did You Know?” — to encourage Americans to contact their state senators to support the reauthorization of VAWA .

Where: The campaign will be featured on Ujima social media platforms and partnering platforms and highlights some of the alarming statistics related to domestic and sexual violence in the Black community.

When: The campaign is being launched today, Friday, March 19, 2021, and is part of a more comprehensive outreach effort, by Ujima, aimed at raising more awareness around domestic and sexual violence in the Black community.

Why: Ujima joins a large and diverse consortium of national, regional and local organizations that see the Violence Against Women Act of 2021 as an essential step in protecting women and children of color, especially given measures in the new reiteration of VAWA that are specifically focused on aiding culturally specific programs and initiatives.

Quote: Ujima Executive Director Karma Cottman, “This is monumental. The initial Violence Against Women’s Act of 1994, championed by President Biden, was a pivotal turning point in the plight to end domestic and sexual violence. The reauthorization of the bill in the House is a critical first step in reinstating measures that have proven to save lives. We are urging everyone to contact their state Senators to ensure swift passage of VAWA in the Senate.”
Interview Opportunity: Ujima Executive Director Karma Cottman