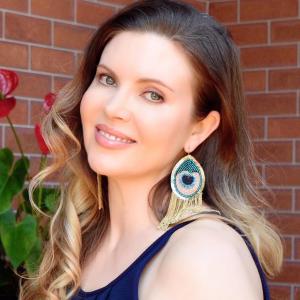 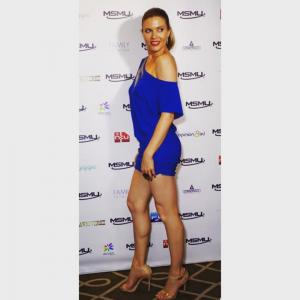 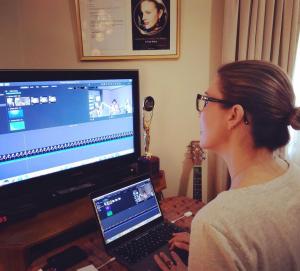 By experiencing the dark night of the soul, you can find your resilience and courage and come out the end of the tunnel transformed just like a caterpillar becomes a butterfly. Life really is magical!”
— Angelena Bonet

SYDNEY, NSW, AUSTRALIA, March 19, 2021 /EINPresswire.com/ — Multi-award winning Australian documentary filmmaker, singer-songwriter and humanitarian, Angelena Bonet, has won the 'Best Autobiographical Short' award at the Best Documentary Awards in New York City. Bonet’s biopic documentary film, which she produced in its entirety, has won 150 film festival awards worldwide. The short film recently screened in Tokyo, Seoul, New York, Munich and Rome. She has been the recipient of many awards including the 'Humanitarian Award' at The Jane Austen International Film Festival, the 'Human Spirit Award' at the DOCS Without Borders Film Festival in The Bahamas and the 'Salute Award' at the Bare Bones International Film & Music Festival in Oklahoma.

Bonet has also produced a biopic documentary trilogy feature film series consisting of "Angelena: Change The World", "Angelena: Heart Of The Matter" and "Angelena: Light At The End Of The Tunnel" which are available to rent or buy on Vimeo On Demand. A former Australian supermodel and actress, she experienced two life changing tragedies, which she has chronicled in her documentaries. Her soulmate and fiancé of three days, Erick Deeby, suddenly and unexpectedly passed away in August 2007. He had written and recorded instrumental pieces of music for her between 2005 and 2007. Bonet then wrote the lyrics and melody to his music after his devastating death and during her time of deepest grief. Then on May 26, 2012, she was a victim of a violent attack and was kidnapped and gang-raped but miraculously survived the attempted murder in Melbourne, Australia. Suffering Post Traumatic Stress Disorder (PTSD) as a consequence of the heinous crime, orchestrated by someone that she knew and trusted. The music she co-wrote with Deeby has become the soundtrack for her films and also won numerous 'Best Original Soundtrack' and 'Best Film Score' awards. She promised him whilst in a coma that she would finish their special project and thirteen years later she has received accolades from every corner of the globe.

Now ready to share her story, Angelena, recently released "Change The World" on YouTube to make it available to everyone for free. She realised that many women and girls who could benefit from her voice and be inspired by her journey may be at a financial disadvantage and wanted to help them. Domestic violence has been hidden for millennia and has risen exponentially since Covid-19 began and many victims are in lockdown with their perpetrators. Angelena hopes to reach those women and give them hope and assure them there is light at the end of the tunnel and they are definitely not alone. No longer can this sickness within our society be hidden and ignored. It’s a time of reckoning and humanity has the opportunity to heal and find a more harmonious way of being. She is honored to be instrumental in creating public awareness by being transparent with her own experiences and thus encouraging other women to stand up and speak out also. She is an example that one can not only survive, but thrive.

As a global ambassador for women and girls, Angelena is a voice for those who cannot speak, or those struggling to heal. Now empowered by the crime that almost took her life, Angelena is a warrior in the fight to end violence against women. With a fierce commitment to helping victims heal and take back their life, she brings to bear a multitude of talents, wisdom and personal experience. Only from the depths of her despair and darkest days has she truly found her voice and the courage to share about her experiences and to speak out. Before the #MeToo movement had begun, Angelena chose to go public with her story and decided to create her production company, Crystal Heart Productions, in Toronto in 2014. She had the intention of interviewing women and girls all around the world and from all walks of life for an online talk show Heart Of The Matter, and thus allowing women’s voices to be heard. She then included interviews with women's rights leaders such as President Obama's Women's Equality Advisor Tina Tchen, Tony award-winning playwright and activist Eve Ensler, CEO of Canadian Women's Foundation, Paulette Senior and Australian Journalist, Tracey Spicer, to name a few in her sequel "Angelena: Heart Of The Matter" which has won numerous film festival awards worldwide.

Bonet has also served as the Australian Ambassador for World Mental Health Day, an official blogger for OXFAM, a public speaker at V Day One Billion Rising Organization events, a current member of the RAINN Organization Speaker Bureau in Washington D.C. and also raises awareness and funds through her non-profit organization, Crystal Heart Foundation. Her mission is to support charities that are in alignment with ending of violence against women and supporting survivors’ recovery from PTSD and has also created a non-profit web series "The Angelena Bonet Show". Angelena tells us “it is crystal clear to me that love and forgiveness really are the keys. They can and do conquer all”.

From Australian supermodel to multi-award winning documentary filmmaker, singer-songwriter, actress and humanitarian her message is one of peace, love and unity…