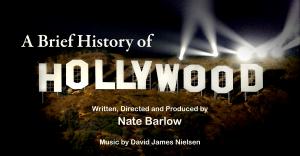 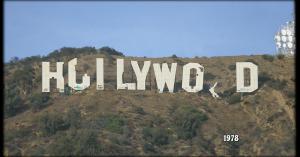 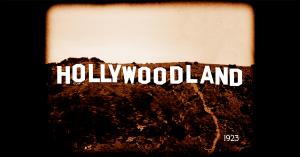 Sometimes a sign is not simply a sign – it takes on its own life and becomes the symbol of everything around it. This is the case of The Hollywood Sign.”
— Nate Barlow

Barlow Wrote, Directed and Produced the project, with original music by composer, David James Nielson. The film utilizes a unique process of simulated time lapse which covers the 90 year history of the iconic Sign.

Long before it became the symbol of the entire movie industry, the Hollywood Sign was nothing more than an over-sized billboard for a housing development. But as Barlow states, "Sometimes a sign is not simply a sign – it takes on its own life and becomes the symbol of everything around it. This is the case of The Hollywood Sign."

Beyond its show business iconography, the creative film takes the viewer on a wonderful historical journey of the ups & downs, modifications, decay, and reconstruction of the sign, which reflect the times of a town, an industry, a culture, and a country. In addition, the short visually overlays the sign's evolution with major technical break-throughs in the film industry such as the invention of widescreen, video formats, and 3D. In the end, the entire world has come to embrace the Hollywood Sign as a symbol of a glamorous Southern California lifestyle and the sole symbol of the entire Motion Picture industry.

A graduate of Carnegie Mellon University with a degree in Electrical and Computer Engineering, Barlow quickly rejected an engineering career to become a filmmaker in Los Angeles. He wears many hats in the Industry, from producer to writer, actor, director, and executive. Previously he wrote the Meghan Markle-starrer Random Encounters and produced & directed Tales From Beyond starring Adam West, which won several awards on the film festival circuit.

Barlow is also Co-Producer of a current feature documentary entitled, "Water of Life" focusing on the craftsmen, chemists, and renegades at the heart of the whisky revolution that turned the industry into the titan it is today.

A Brief History of Hollywood Trailer