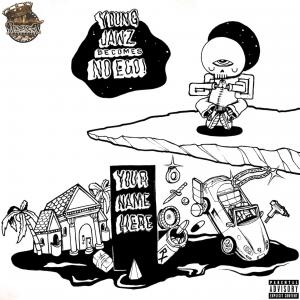 The site is meant to celebrate the talents of the best white rappers from around the world.

Jason Jacob, AKA Young Jawz, is a 32-year-old white rap artist from San Diego, California. Throughout his youth, Young Jawz feverishly created rap/hip hop music starting at the age of 12, quickly becoming known as one of the most famous white rappers in the area. Young Jawz went on to release multiple albums and collaborations with big names like DJ Quik, Riff Raff, Berner, Conceited, Lil Scrappy, Drake, Glasses Malone, just to name a few.

In an exciting recent announcement, Young Jawz has launched his brand-new website, Best White Rappers. The website is designed to showcase not only Young Jawz’ work, but also to celebrate other famous white rappers, too. Though Young Jawz is renowned as being the most inclusive and genuine person, he wanted to create a website to celebrate a unique side of the rap genre.

“I never saw myself as just one of the famous white rappers,” Jawz states. “I’ve simply gone through a lot of turmoil in my life and have always persevered with optimism despite challenging circumstances. Not only do I want the best for myself, but for others too, and I hope my site inspires all rappers to respect others while doing what they love – creating lyrics and music.”

Young Jawz has a rich history within the world of rap and began his career by participating in freestyle battles at school, creatively shaming the likes of rival schools’ top lyricists and gaining surprising notoriety in a city whose music scene has long been plagued by gang violence and little inclusivity.

Throughout his career, most of which was during his high school years, Jawz has released multiple albums, including The Jawz of Life, The Southwest, Shark Bait, and Jawz is of Nazareth, and ultimately gained a great deal of exposure when his music aired on 98.9FM in San Diego. Soon, other stations and even Music Choice TV would follow, making Jawz renowned as a successful white rap artist.

In addition to launching his website, Young Jawz has also released one final album, Your Name Here, which is a reflection of his spiritual growth. The album features an intro and outro from Eckhart Tolle, and the name song, Your Name Here, featuring words by Michael Beckwith from Agape International Spiritual Center.

“My aim for this album was to show everyone that it’s never too late to change and break out of your negative patterns and conditioning,” says Young Jawz. “I’m very proud of this album and invite all readers to listen to my work on YouTube or Apple Music.”

Young Jawz is a famous white rapper who quickly rose to fame before taking a hiatus to become a husband, father, and to pursue his spirituality. Now, at the age of 32, Young Jawz is making a comeback, launching his new site and highly anticipated album, Your Name Here.