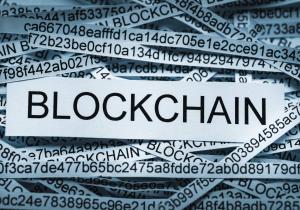 We’re excited to mark a new chapter in Bywire’s story with this website. We’ve created a platform which can give independent news outlets a voice to challenge the mainstream media.”
— Michael O'Sullivan

LONDON, ENGLAND, March 16, 2021 /EINPresswire.com/ — Blockchain powered platform, Bywire News is delighted to announce the launch of its brand-new website. The new platform will be fast, streamlined and will give readers access to the best independent news journalism on the market. Bywire’s distinct offering should ensure unbiased news coverage from a wide range of outstanding alternative news publishers.

Independent journalism has grown rapidly in recent years. Mainstream media is in crisis. Ownership is increasingly concentrated in the hands of corporations and even the BBC is cancelling shows which are critical of the government. Rupert Murdoch and Andrew Neil are competing to bring Fox News ttyle content to the UK, and the Society of Editors has found itself branded racist.

Proper journalism is in crisis. Small wonder that public trust in the media has sunk to record lows. The need for an independent, transparent and unbiased media, free from government or corporate control has never been stronger.

“We’re excited to mark a new chapter in Bywire’s story with this website. We’ve created a platform which can give independent news and daily news outlets a voice to challenge the output from the mainstream media. The future of news is independent news, many agree that traditional media has too much influence over political outcomes in the UK and around the world.”

This new site, complete with a fresh design, will produce ever developing content over coming weeks including news, features, videos and much more. It signals the latest step in Bywire’s expansion as it continues in its mission to put transparent, independent news, firmly on the map.

Bywire is the world’s first decentralised and democratic blockchain based news site. Readers can sign up to earn rewards for sharing content and have a democratic say in how the platform is run.

It exists to challenge the mainstream media narrative and pioneer a new technological standard for web content creation. By bringing together major independent news sites such as Byline Times, the Canary, and many others, it provides independent news with a powerful platform with which it can compete with the mainstream.