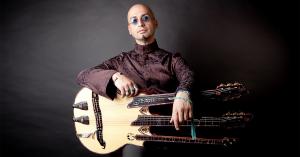 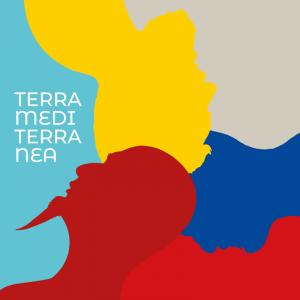 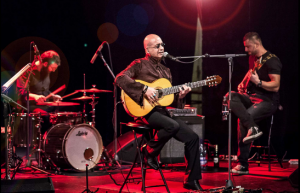 With Spain in his hands and Iran in his heart, he creates his musical fusion in the heart of Europe, on the crossroads of world culture.

PRAGUE, CZECH, March 15, 2021 /EINPresswire.com/ — 21st March, 2021 has been announced as the release date of the Shahab Tolouie Trio’s new album ‘Terra Mediterranea’. This collection of 10 pieces of cross-cultural music will be born on a very auspicious date. *

The album title, ‘Terra Mediterranea’ is treated as a significant rhymical word-play pattern which masterfully unfolds in the title track of the album. The whole compilation brings a fresh, vital interpretation of fusion music rooted in several middle eastern musical traditions and a portrait of the musician's personal journey though European cultures and modern music styles.

Shahab explains the conceptual heart of the album. “I have tried to keep the middle-eastern influence of this music as simple as possible, because I believe music of the region in general, and Persian music in particular, (like a lot of old music) is based around a single tone, the unison. I tried to avoid too many chords and modulations. Instead, I played with the dynamic and rhythm changes.”

On the technical side, the album aims to strike an exquisite balance between dynamic and technical complexity while staying true to its middle eastern message. This results in an easy-to-digest listening experience while upon subsequent exploration of the composition and its patterns, the layers of events hidden within the compositions may be revealed, which are then amplified even further by Shahab’s inimitably unique voice.

This album brings together 10 different stories of the widest emotional range: from the tragedy of deforestation in “Rainforest,” to the sublime final moments of “When Gandhi Flew” to the kaleidoscopic beauty of a single moment on the banks of the Vltava in Prague in “Fat Man Rhapsody”.

“I come from Iran and I’m a guitarist studied in the flamenco discipline. But I’m neither a Persian traditional musician, nor a Flamenco purist. Just as my life has been one without borders, so has my journey through the music of World-fusion.

All the compositions are masterfully enriched through the collaboration of the Trio as its core, Gavrilo Alexic, Petr Hadr, and a number of truly amazing guest musicians have added their personal touch in the rhythm section to create a vivid presence in the overall sound. Artists such as Habib Meftah Boushehri, a true master of South Iranian percussion and vocals, and Carlo Zegarra Abanto on Latin American percussion.

Bottom line:
Shahab Tolouie (شهاب طلوعی) – Iranian composer, fusionist, guitarist and singer. Known as the pioneer of an exciting exploration smelting the powerful musical traditions of Iran and Spain in the crucible of his own expression of a new Persian and Flamenco fusion. This alloy, unique to him, casts him within the wider category he calls Ethno-flamenco.