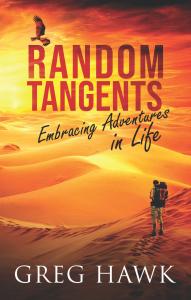 Desert Roamer Press and Greg Hawk are looking to make treasure hunting documentaries/series for TV and are looking for a Production Company to work with.

CHEYENNE, WYOMING, USA, March 11, 2021 /EINPresswire.com/ — Greg Hawk- Author, Entrepreneur, and Treasure Hunter has recently released several treasure hunting videos to test the viability of possibly making full documentaries or a series for TV. The feedback from the video series has been positive. Viewers feedback encouraged the adding of more history into the video which provided a learning experience while being entertaining. Random Tangents – YouTube

Working with his good friend, retired Prof. Jim Fink, a geophysicist and geological engineer based in Tucson, they research treasure stories and the history surrounding them to produce an unadulterated view of each story. This entails researching the state and local history surrounding the story, the physical location of the story, and any verifiable information, such as newspaper articles, that they may find to either credit or discredit the story as being true. Jim’s research library along with his knowledge of geology and history of Arizona helps bring to light the many facets that may pertain to a story. Many of the stories are based in Arizona since they have the most treasure stories of any state and Arizona provides areas for year around exploration.

Presently, Greg and Jim are busy working on three more treasure stories that span different time frames in Arizona history. Arizona is rich in treasure stories that take place from the late 1600’s, before Arizona became a territory, until the early 1900’s when Arizona finally becomes a state. It is a time of lost mines, buried gold, stagecoach robberies, and natural disasters hiding lost valuables. Arizona offers a colorful history of the west being transformed from a time of the Spanish missionaries to large mining operations that drew thousands of settlers to the territory and eventually making it the state that it is today.

ABOUT THE AUTHOR: Greg Hawk is the president of Desert Roamer Press, an adventure travel publisher specializing in treasure hunting in the American Southwest. His principal exploration is focused within the state of Arizona with some exploration around the borders with California and New Mexico.

Greg Hawk’s book, "Random Tangents: Embracing Adventures in Life", is a memoir detailing a segment of his life that encompassed the many different directions he took and the experiences he had. From his service in Vietnam to becoming an entrepreneur and finally sleeping under the stars as he searched for lost treasures is the telling of a journey of searching for truth while experiencing life.

Prior to founding Desert Roamer Press, Hawk was the owner/operator of Fantasy Dive Charters out of Port Douglas, Australia. From this base, he led diving expeditions on the Great Barrier Reef and into the Coral Sea while exploring to find sunken ships and planes.