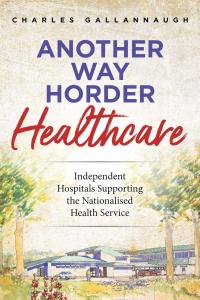 Another Way: The Horder Centre Sixty Years of Evolution 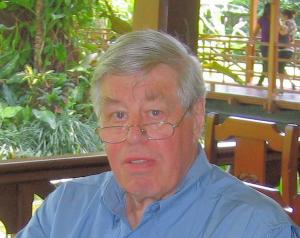 UNITED KINGDOM, March 10, 2021 /EINPresswire.com/ — Charles Gallannaugh's "Another Way: The Horder Centre Sixty Years of Evolution" comes in a timely fashion, coinciding with what he describes as a period of critical scrutiny for the National Health Service following numerous revelations of poor care and mismanagement. With his book, he tells the story of the titular independent hospital that works in partnership with the NHS while remaining outside the state system, all the while providing high quality care for many patients free at the point of delivery.

Gallannaugh's chronicle of the Horder Centre contains two parts. The first describes its founding in 1954 until the death of its founder, Cecilia Bochenek, during the 80s. The second part recounts the establishment of the surgical unit there and the development of a modern joint replacement service. Today, they undertake over 2,000 hip and knee replacements every year.

Their facilities provide high quality orthopaedic surgical expertise. According to the Horder Centre they are "now celebrating over 60 years of outstanding patient care and innovation in orthopaedic and musculoskeletal care and treatment. We have undergone a number of changes over that time, reflecting the needs of the health service, society and our own aspirations to advance health."

Commenting on the current state of the NHS Gallannaugh writes: "To maintain the status quo is no longer tenable. A radical change is needed in the NHS and if the independent sector or the private sector can assist in that endeavour, their contribution should be welcomed not resisted."

The title of this book, Another Way, seeks to draw the reader’s attention to an alternative health system running in partnership with the current nationalised scheme of healthcare, as established in the United Kingdom in 1948, which many now see to be in need of urgent reform. Gallannaugh says: "Since 2013 when the book was first published there have been changes which affect healthcare in its widest sense and the current Covid-19 pandemic has emphasised the difficulties which the NHS faces."

About the Author
Charles Gallannaugh had a wide-ranging career as an orthopaedic surgeon in both the NHS and independent sector. A former member of Council of the British Orthopaedic Association and Regional Advisor in Orthopaedic Surgery, Royal College of Surgeons of England, currently he serves as the 4th President of Horder Healthcare, Crowborough, East Sussex, UK.

Another Way By Charles Gallannaugh